Which species died out first because of humans?

This article ignores lots of scientific facts. The correlation of human migration and the extinction of many large species of Fauna is almost assuredly due to a catastrophic earth event...comet, asteroid, solar radiation event. There were simply not enough humans on the planet 12,000 years ago to kill off the millions of mammals that died. Northern Siberia alone was home to the mass graves of tens to hundreds of thousands of wooly mammoths who died with undigested food actually in their mouths. Blaming humans for this is illogical.
Reactions: Chem721

"Smith's research has revealed that the average body size of African animals 125,000 years ago was only half that of species that were present on other continents around the world."

At the same time it has IIRC the largest megafauna diversity of any continent. So it isn't as simple as one factor explaining everything (as usual).

Spike0311 said:
This article ignores lots of scientific facts. The correlation of human migration and the extinction of many large species of Fauna is almost assuredly due to a catastrophic earth event...comet, asteroid, solar radiation event.
Click to expand...

"Almost assuredly"? Such an event has no evidence and little rationale - apart from the large mass extinctions evolution is gradual - so the asserion goes in the other direction.

And notably the article do refer to science, it is rather that the area (of megafauna extinction) has a few competing hypotheses and it covers one. It is unlikely that one hypothesis will explain everything, c.f. how fossil genome sequencing showed that the wholly rhino had plenty of diversity right before its extinction - no sign of human predation putting pressure on them. But its habitat disappeared when the last glaciation did.
Reactions: rbjones

Spike Hyzer said:
I would add that this theory is the best I've seen and undoubtedly accurate and also suggests that the human impact is responsible for ALL extinctions going back to the newly updated beginning of tool use at 3.2 million years.
Click to expand...

Not quite that far back - and I also note that the North American megafauna extinction was unique - but it seems from Wikipedia that I may be wrong and the science has started to come down on one primary forcing for recent megafauna extinction. FWIW:

The Holocene extinction (see also Quaternary extinction event), occurred at the end of the last ice age glacial period (a.k.a. the Würm glaciation) when many giant ice age mammals, such as woolly mammoths, went extinct in the Americas and northern Eurasia. An analysis of the extinction event in North America found it to be unique among Cenozoic extinction pulses in its selectivity for large animals.[31](Fig. 10) Various theories have attributed the wave of extinctions to human hunting, climate change, disease, a putative extraterrestrial impact, or other causes. However, this extinction near the end of the Pleistocene was just one of a series of megafaunal extinction pulses that have occurred during the last 50,000 years over much of the Earth's surface, with Africa and southern Asia (where the local megafauna had a chance to evolve alongside modern humans) being comparatively less affected. The latter areas did suffer a gradual attrition of megafauna, particularly of the slower-moving species (a class of vulnerable megafauna epitomized by giant tortoises), over the last several million years.[32][33]

Outside the mainland of Afro-Eurasia, these megafaunal extinctions followed a highly distinctive landmass-by-landmass pattern that closely parallels the spread of humans into previously uninhabited regions of the world, and which shows no overall correlation with climatic history ...
Click to expand... 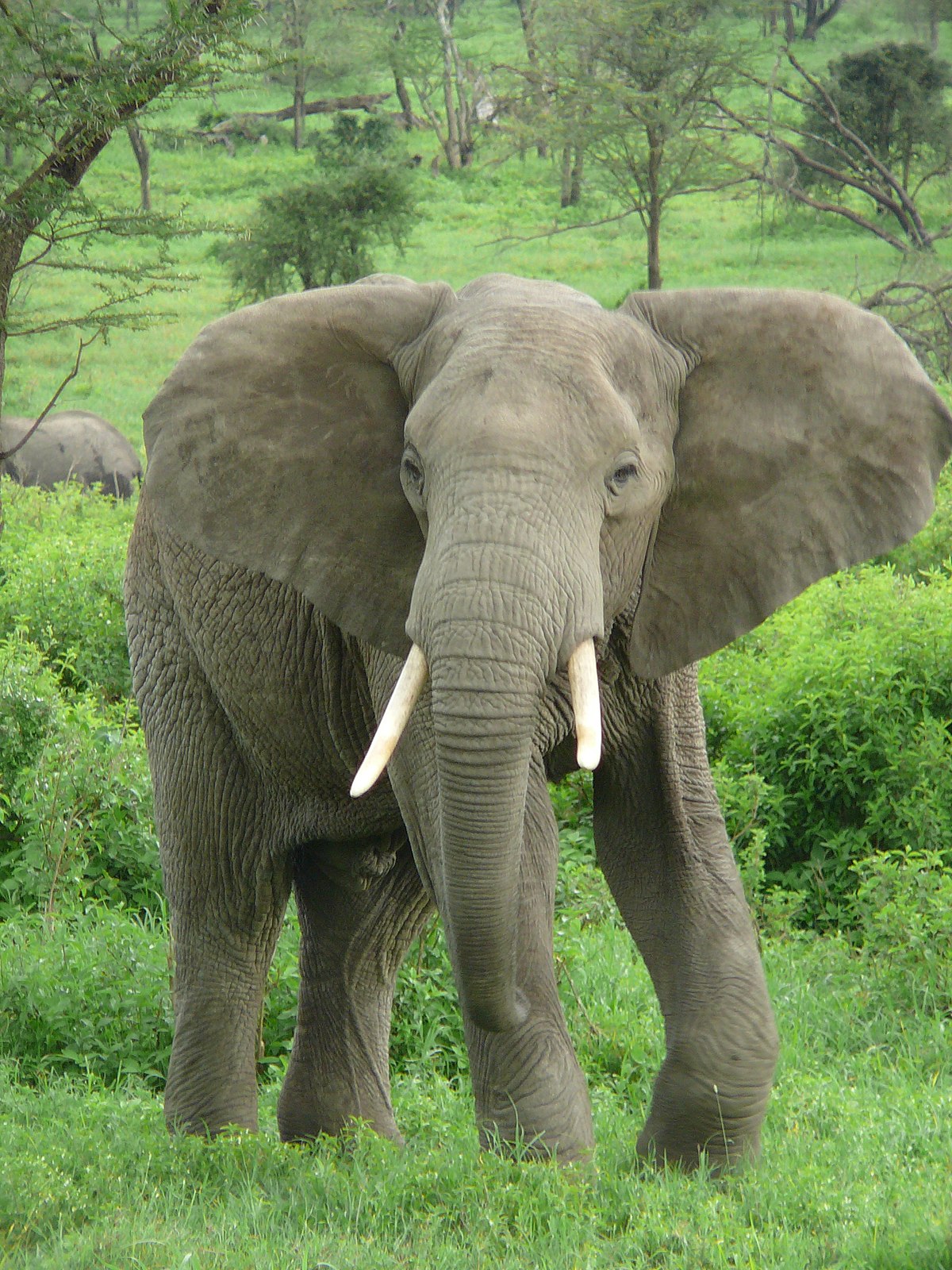 It cannot be ruled out that the first species "humans" wiped out was another hominid that was "in the way".

After all, we are very good at killing things off!

If interactions between "modern" humans is any clue, killing off hominids that look very much like you, but are not like you, may have been an instinctive behavior.

This instinct might even persist to this day, at least in some of our human subspecies...........
Reactions: Spike Hyzer

Spike0311 said:
There were simply not enough humans on the planet 12,000 years ago to kill off the millions of mammals that died.
Click to expand...

After ruminating on these posts and the topic, I am compelled to reverse course and agree with @Spike0311 to some extent and consider the possibility that some of the most significant extinction events, at least in the northern hemisphere during the retreat of the glaciers was not primarily driven by human activities. For instance, fires have been cited as a man-made force of extinctions, but surely many of these were formed by lightning strikes if the conditions for massive fires were even right. Most are compelled to believe the native inhabitants would have valued the forests for its bounty of food, and avoided burning them down.

And many of the mega-fauna that went extinct at the beginning the glacial retreat were those in northern climates, and actually relied on the cool environment. Such a region likely minimized tree growth and provided large areas for grazing. And they would be relatively close to the the massive faces of these retreating ice sheets, and the consequences of their melting.

A notion has been proposed that many large mammals could have been killed off by ancient hunters in "Buffalo jumps" (1) . These were forced stampedes of animals over cliffs to their deaths, and ease of harvesting. But for bones beds with retained food in their mouths, this seems highly unlikely for the cause of death, and clearly unsupported by basic physiology. Instinctive behavior would have forced such stampeded animals to spit out any food in order to maximize breathing efficiency. In almost all cases, animal remains found with food in their mouths must have been killed by a rapid, catastrophic event. Any animal running from a threat is not going to have food in its mouth for very long.

To be sure, native North American hunters had been killing buffalo for thousands of years in such "over the cliff" drives. Evidence indicates such "hunts" started ca. 12,000 years ago, and was used up until at least 1500 bp. On the other hand, Europeans with long rifles almost drove the buffalo (aka bison) into extinction, killing millions for their hides, etc. The native American were given thousands of years to wipe out the buffalo, but there were ca. 30 million when the Europeans arrived. By the late 1880s, tens of millions were gunned down to ca. 100 specimens. What the cliffs and natives could not do for thousands of years took the Europeans just a few decades to wipe out millions of them. This puts a perspective on the ability of the native Americans to kill mega-fauna in large numbers. It clearly did not play out with buffalo. Why should it with other species much earlier? Doubtless the human population of glacial regions was at least several orders of magnitude less than at the appearance of the Europeans.

At any rate, mass killings of other species, so as to wipe out the large mega-fauna of thousands of years ago, is not documented in any of my searches. The searches do suggest however that the "breaking" of glacial dams occurred many times during the vast glacial retreats around the world, and the remains of numerous animals have been found, with food in their mouths, and all their bones crushed, but show no signs of butchering.

The release of nearby "glacial-melt lakes" onto grazing lands created massive tsunamis, carrying large boulders and crushing everything in its path for many miles from their source. Such events are known as "glacial lake outburst floods" (2), and could have killed various grazing animals (or carnivores) in large numbers over extended periods, and dramatically impacted their populations all around the line of glacial retreat. Keep in mind the reproduction rate of the mega-fauna was rather slow, as it is in most large mammals,

The most famous of glacial lake outburst floods is the largest - the Missoula Floods (3) and occurred between 15,000-12.000 bp. These floods alone appear to have wiped out virtually all life forms over vast expanses of terrain. The largest flood is believed to have released 500 cubic miles of water (the volume of Lake Erie!), and flooded vast areas of Washington and Oregon. It is estimated that at one time, "Portland" was under 200 feet of water from this flood. Similar massive flooding has also been found in Siberia. It is a certainty that large numbers of animals were wiped out, by the tens of thousands, if not more. And yes, many would have had food in their mouths because of their sudden demise by flash floods loaded with large boulders and rocks.

If one considers that such floods would have been rather common throughout the retreat of the main glacial ice sheets, and not just in the northwest, the impact of these floods to animals as well as terrain was likely substantial. The largest flood noted above was only the biggest and easiest to determine. However, since they are still a threat today with the comparatively trace number of glaciers remaining, over time, the retreat of these massive ices sheets very likely was a major threat to large mega-fauna which evolved in the cold and were largely reliant on the glaciers, any one of which could have also caused their deaths, in mass numbers. With food in their mouths!

The floods alone may not have wiped out all these "arctic" species, but they must have taken a substantial toll. A great deal of water was melting off glaciers, thousands of feet thick, and many lakes would have formed with varying magnitudes of flooding when their ice damns failed. Indeed, likely thousands of lakes collapsed, as the ice sheets were enormously deep and extensive. The contribution for glacial lake outburst floods to mass extinctions cannot be ruled out, and theoretically could be quite significant. The contributions of humans to their extinction, if any, is most likely by driving their continuously limited numbers to zero.

Below is an addendum to the brief overview posted above about the significant role glacial melting could have played in the slow demise of mega-fauna over extended periods of time.

One aspect of large glacial lake floods which was neglected in the post above was the lasting impact on the flooded terrain, mostly south of the melting glaciers. In many areas. these floods would have hammered large areas of fertile grazing lands, sweeping away everything right down to the bed rock over enormous areas. This was a recurring theme in a number of treatments I read on the results of large glacial lake floods - the lasting damage to the ecosystem after the floods wiped out large areas of once prime habitat for many animals.

Such changes in topography would have been extensive, and effectively permanent with regard to most large animals living in the area, especially the large herbivores. They may very well not only have been killed in large numbers by such floods, but also had their grazing lands destroyed by them as well.

Survivors may have had it difficult to recover to previous levels since the terrain would not revert to grass lands for hundreds or thousands of years. The cumulative impact of the terrestrial changes that these animals were exposed to by the continuous, massive glacial lake flooding should be factored into their ability to survive the results of the retreating glaciers, much less any predators who might wish to dine on them.
You must log in or register to reply here.
Share:
Facebook Twitter Reddit Tumblr WhatsApp Email Link