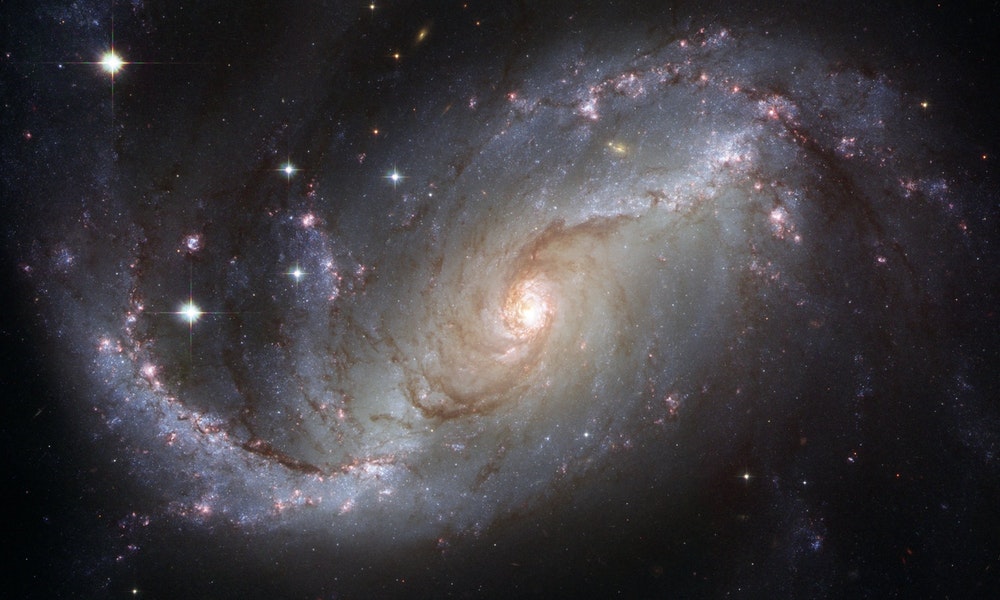 Peer up into the sky on a clear night away from city lights, and you’ll be able to see about 4,500 stars. That’s nothing compared to the number of stars in our galaxy alone, which is between 100 and 400 billion. The incredible technology we have has allowed us to see even beyond that into galaxies beyond our own. This begs the question: what’s the farthest object we’ve ever spotted? 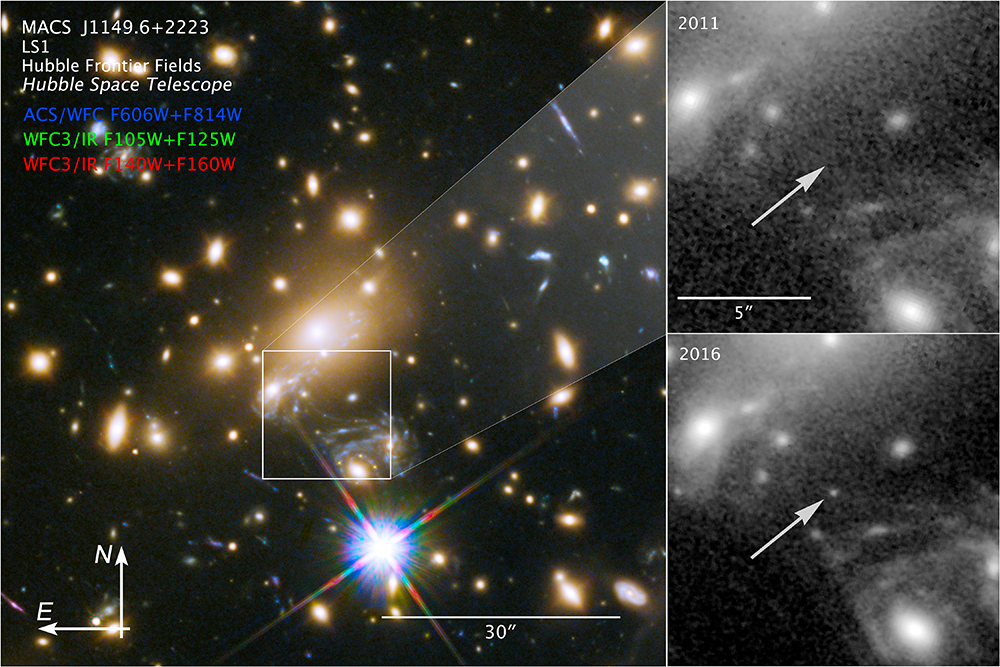 1. Meet Icarus, the farthest star we’ve ever seen.
Icarus is a blue star of enormous size that’s a whopping 9 billion light years away. It was discovered by Hubble in 2016 purely by accident. Hubble’s task was to look at a supernova when it caught sight of a little point of light. That light was Icarus, a blue supergiant. 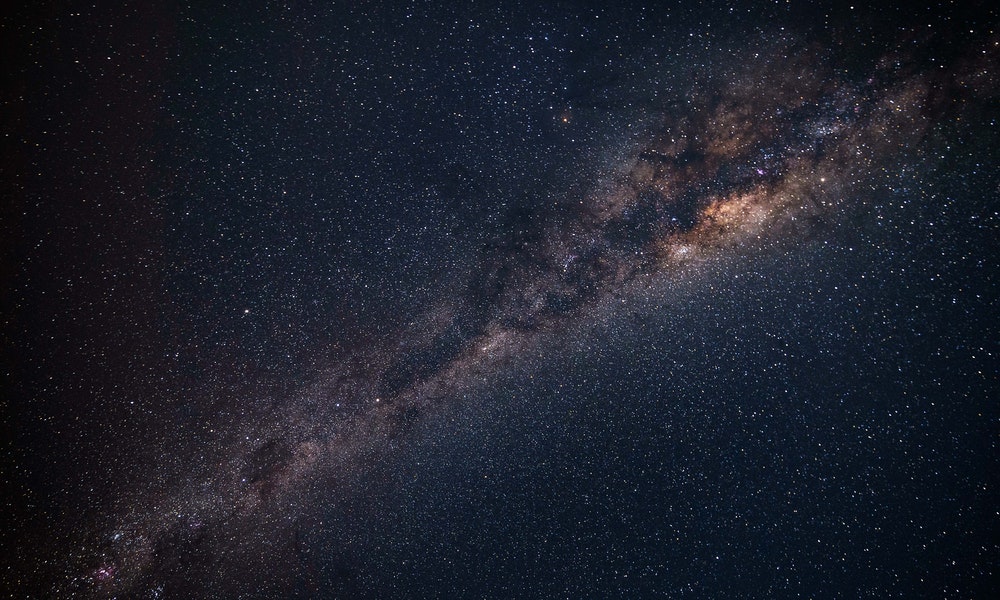 3. Will we be able to see farther?
Hubble is an incredible telescope, but it’s also getting old. It has far exceeded expectations, yet still it’s time for us to bring in something new. The James Webb Telescope is set to launch in 2021 and will look at the universe in the infrared spectrum. This will allow it to see things that were missed or overlooked in the past, and it will have a deeper range than Hubble. Can you imagine the discoveries on the horizon? 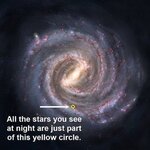 Astronomers depend on light and light gathering instruments to see deep into the dark night sky. Because galaxies produce more light, a greater photon flux, than single stars, they can be seen at greater astronomical distances.

Hubble is a superb, though aging, instrument. With its growing limitations aside, it has spotted a galaxy whose age and distance baffles astrophysicists.

That distance means that the light left the galaxy when the universe was in its infancy. The light we see today from GN-z11 began it's journey a mere 400 million years after the Big Bang, 13.8 billion years ago — meaning that scientists can look back into the very formative years of the universe. The astronomers see it as it existed when the universe was only three percent of its current age. At a spectroscopically confirmed redshift of 11.1, the galaxy is even farther away than originally thought. It existed only 200 million to 300 million years after the time when scientists believe the very first stars started to form. With GN-z11 containing a billion solar masses, it is producing stars at a surprisingly fast rate for such an early epoch. This new record will most likely stand until the launch of Hubble's successor, the James Webb Space Telescope, which will look deeper into the universe for the earliest galaxies.

Dr Pascal Oesch, a member of the team from Yale University, said: "We've taken a major step back in time, beyond what we'd ever expected to be able to do with Hubble. We managed to look back in time to measure the distance to a galaxy when the universe was only 3% of its current age."

GN-z11 is thought to be 25 times smaller than the Milky Way. But it is growing fast, throwing out new stars 20 times faster than our own galaxy does.

That size should not be expected in the current understanding of how the cosmos came to evolve.

Co-author Dr Ivo Labbe, from the University of Leiden in the Netherlands, said: "The discovery of GN-z11 showed us that our knowledge about the early universe is still very restricted. How GN-z11 was created remains somewhat of a mystery for now. Probably we are seeing the first generations of stars forming around black holes."

"It's amazing that a galaxy so (relatively) massive existed only 200 million to 300 million years after the very first stars started to form. It takes really fast growth, producing stars at a huge rate, to have formed a galaxy that is a billion solar masses so soon," explained investigator Garth Illingworth of the University of California, Santa Cruz.

GN-z11 also happens to lie right at Hubble's limit of vision. Discovered in one of the deep-field images, it has everything imaginable going for it.

It was observed across all the different wavelength ranges Hubble is capable of, with only its ultraviolet-emitted light showing up in the longest-wavelength infrared filters Hubble can measure.

It was gravitationally lensed by a nearby galaxy, magnifying its brightness to raise it above Hubble's naturally-limiting faintness threshold.

It happens to be located along a line-of-sight that experienced a high (and statistically-unlikely) level of star-formation at early times, providing a clear path for the emitted light to travel along without being blocked. (see image below, by: NASA, ESA, AND A. FEILD {STSCI})

These findings provide a tantalizing preview of the observations that the James Webb Space Telescope will routinely perform after it is hopefully launched into space in 2021. "Hubble and Spitzer are already reaching into Webb territory," Oesch said. "This new discovery shows that the Webb telescope will surely find many such young galaxies reaching back to when the first galaxies were forming," added Illingworth.

This discovery also has important consequences for NASA's planned Wide-Field Infrared Survey Telescope (WFIRST), which will have the ability to find thousands of such bright, very distant galaxies, if it ever gets off the ground into Earth orbit.

(See: Hubble Team Breaks Cosmic Distance Record, Hubblesite, 3/3/2016; We Have Now Reached The Limits Of The Hubble Space Telescope by Ethan Siegal and Starts With A Bang Group, Forbes, 5/9/2019; The Monster Galaxy At The Dawn Of Time, The Daily Galaxy via ESA/Hubble Information Centre and NASA/Hubble, 9/25/2018)