UFO videos declassified by US Navy

You might want google a dude named Lazaar, I think. Claims he has reverse engineered one before. Like 20 yrs ago. Runs off of an antigravity , style of space warping power in which the entire craft is powered ( with WiFi type) or no connected wires or conductors . Says it works like a partlcw collidor, which uses an element 151 gas spit with some well known particle proton which turns, into gravity. It didn’t push the craft. It is pointed in the direction it wants to go and the warps the space in front so that it falls through the slopes bend it has created. Very interesting. Sounds do able to me. After all , every thing is the same. 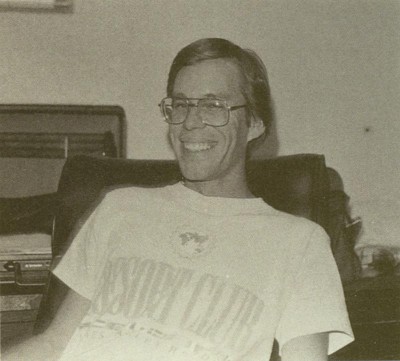 Bob Lazar claimed to have worked in the S-4 section of Area 51. On that top-secret Nevada research base, he claimed to see anti-gravity reactors and flying saucers in person. How truthful were his extravagant tales?

science.howstuffworks.com
His claims about his education and employment could not be verified, and his character proved to be questionable. In 1990 he was arrested for his involvement with the operation of a Nevada brothel.

In 2003, element 115, a synthetic radioactive element was discovered by Russian scientists; it was added to the periodic table in 2013. However, this element (also called muscovium) is not the same thing as the one Lazar claimed to have found. (Lazar said his element could power alien spacecraft without worrying about gravity.) So far, no use has been found for muscovium, which has a half-life of less than a second and thus decays very quickly.

Do you have a link to that NBC film? I would like to see that. I couldn't find anything about it.

Sorry, I remember watching it live during the 1st Gulf War... 1990, before the Internet was really going.

Devil's tricks with the matter (2Thess 2:9)before the End (1Cor 15:24) to hide its moe subtle presence in this world (Luke 4:6,Ap 12:12): anti-life culture esp. in Akademia and Mass Media. The Devil does not have a direct way to the (divine) soul of a human being.

Hayseed said:
Do you have a link to that NBC film? I would like to see that. I couldn't find anything about it.
Click to expand...

I was directed here from the Digg site in relation to this UFO article. I thought great, here's another science site but after reading the article, "'UFO' videos declassified by US Navy" that goes on in tabloid form and ends in, "There is as yet no explanation or identification — official or not — for the mysterious aircraft that the pilots recorded. " I find that this is not a credible science magazine. Not even a mention by this site's article nor its commenting members that this type of story must be addressed with scientific method. Among other easy to find sites that offer more scientifically sane commentary is this one https://www.vice.com/en/article/n7wjzg/the-skeptics-guide-to-the-pentagons-ufo-videos
You must log in or register to reply here.
Share:
Facebook Twitter Reddit Tumblr WhatsApp Email Link