The coronavirus did not escape from a lab. Here's how we know.

Page 15 - For the science geek in everyone, Live Science breaks down the stories behind the most interesting news and photos on the Internet.
Sidebar Sidebar
Previous Next
R

WITL said:
Is COVID-19 a distraction that is being used for other purposes?
Click to expand...

No unless you are a crazy conspiracy theorist continually hanging around like minded people.

admin said:
A persistent coronavirus myth that this virus, called SARS-CoV-2, was made by scientists and escaped from a lab in Wuhan is completely unfounded. Here's how we know.

The coronavirus did not escape from a lab. Here's how we know. : Read more
Click to expand...

Whether the virus is made man or not is not the point. Are we supposed to believe this lab in Wuhan China that studies these exact type of viruses with Wuhan being the unquestioned place COVID originated be ruled out completed as the source? This is an insane statement which takes away any credibility you had. You can scientifically say it's not man made but you have no way of knowing if it escaped from the lab or not. Three Wuhan Lab workers were hospitalized in November 2019 just just weeks before China officially announced COVID. It's irresponsible for you to rule out if leaked from the Wuhan lab.
R

Dr Truth said:
You can scientifically say it's not man made but you have no way of knowing if it escaped from the lab or not.
Click to expand...

The article includes "That analysis showed that the "hook" part of the spike had evolved to target a receptor on the outside of human cells called ACE2, which is involved in blood pressure regulation. It is so effective at attaching to human cells that the researchers said the spike proteins were the result of natural selection and not genetic engineering. " - My interpretation of this - The new virus naturally evolved outside of human facilities and 'meddling', so on this basis... The only way the Wuhan lab would be in possession would be to take an already circulating virus, so any theory on escape would be to add to a situation rather than cause.

One doesn't need hard no doubt evidence for civil judgement/responsibility. Only a preponderance of evidence is needed.

This world doesn't have the guts to hold china responsible.

The sad thing is.......that our deep state was funding and supporting this perversion of nature.

Millions died for this elite hobby. They will do this again.....because no one is going to stop it.

Many educated medical professionals..........encourage more of it.

I still believe it was a chinese bio-weapon that got loose. One that evades and counters vaccines. Natural flues usually take a year to mutate.....this covid changes in weeks.
A

Nikolai Pretrovsky Professor of medicine at Flinders University in Adelaide, runs a biotech research unit that will start human trials for a Covid-19 vaccine next month

‘I haven’t seen a zoonotic virus that has behaved in this way before,’ he said. 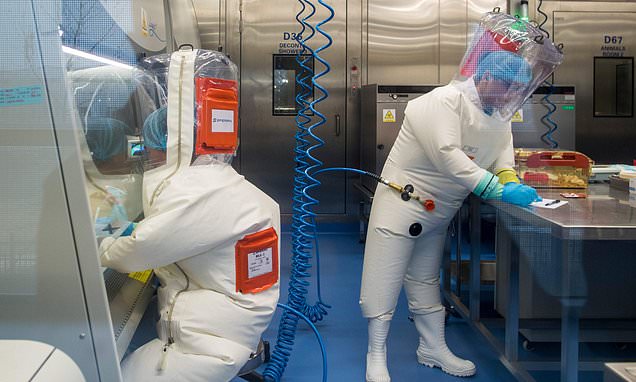 Scientists have produced evidence that the pandemic virus is 'uniquely adapted to infect humans', raising fresh questions over whether its origins were natural or could have occurred in a laboratory.

Australian researchers – were “shocked” by their own findings.

Their paper, published last week, found that the coronavirus is most ideally adapted to infect human cells – and not bat or pangolin cells, thought to be the likely origin culprits.

On the face of it, this stands as an intriguing challenge to the prevailing theory that SARS-CoV-2 virus originated in a bat and was then passed on to people via another, unidentified animals.

The problem is, the Australia data found that bats were a very poor fit for infection by the coronavirus, while humans “were way off the top of the list”.

These scientists were convinced of an animal origin

One of the co-authors of the study is Professor Nikolai Petrovsky. He is director of endocrinology at Flinders Medical Centre and a professor of Medicine at Flinders University. He’s also vice-president and secretary-general of the International Immunomics Society.

Professor Petrovsky said the research, which began last year when the pandemic was taking hold, was based on the assumption that “this was another natural transmission” rather than an engineered one.

“We were trying to find the particular species of animal in which this virus might have originated,” he told The New Daily.

The world is now full of armchair virologists who understand that the spike protein (S) of the coronavirus gains entry to a human cell by binding to the cell’s ACE2 receptor – “like a key being inserted into a lock” is the common metaphor.

Essentially, ACE2 acts as a cellular doorway – or receptor – for the SARS-CoV-2 virus.

Professor Petrovsky – with La Trobe Professor David Winkler and others – used genomic data from the 12 animal species to “painstakingly build computer models of the key ACE2 protein receptors for each species”.

These models were then used “to calculate the strength of binding of the SARS-CoV-2 spike protein to each species’ ACE2 receptor”.

Surprisingly, the results showed that SARS-CoV-2 bound to ACE2 on human cells “more tightly than any of the tested animal species, including bats and pangolins”.

If one of the animal species tested was the origin, it would normally be expected to show the highest binding to the virus.

Said Professor Petrovsky, “What shocked us, and not what we were expecting, was that humans came out at the very top.”

“The virus is usually weak when it infects a new species until it has time to adapt and become more efficient,” said Professor Petrovsky.

“But this virus was extremely good at infecting humans and there wasn’t a clear explanation for that. So it means there’s a coincidence or it could mean there had been some intervention that helped the virus become adapted to humans”.

Which is why scientists are looking at the Wuhan Institute of Virology: it houses more bat coronaviruses than anywhere else in the world, and some of the work done there involves re-engineering coronaviruses so they adapt to infecting humans more easily.

“Which is another remarkable coincidence – or it’s telling you something,” said Professor Petrovsky.

“Looking just at the data you’d say that it looked like this virus was designed to infect humans,” he said,

“But of course, scientifically, you have to go back and ask how could this have happened without infecting a human before?”

COVID-19 origins: 'It looked like it was designed to infect humans'

The novel coronavirus is ideally adapted to infect human cells – not those of bats or pangolins as many scientists originally assumed
thenewdaily.com.au

I have a PhD in immunology and for the last 25 years have been involved in pandemic vaccine research, having developed more than 20 vaccines including against SARS, MERS, COVID19, swine and bird flu, Ebola etc. I have also taken multiple vaccines (>10) into human clinical trials. Over the last 15 years I have been awarded more than $50 million in competitive research grants and contracts from US National Institutes of Health for my vaccine research. I am also the founder of several successful biotechnology companies

Hayseed said:
This world doesn't have the guts to hold china responsible.

I still believe it was a chinese bio-weapon that got loose.
Click to expand...

Punishment should be served on the belief of people over facts is what you are saying.

You went on to talk about time on evolution which is vert blinkered as it should be referred to in terms of opportunity i.e. there are billions of copies being made daily...

A simple education will assist is more helpful than a Medieval outlook on life.
R

adam said:
Nikolai Pretrovsky Professor of medicine at Flinders University in Adelaide, runs a biotech research unit that will start human trials for a Covid-19 vaccine next month
Click to expand...

Good to see you are back copy and pasting without any of your own words...

It is a pointless read and of little value given you are incapable of communication other than how Bumblebee talks in Transformers.

Anyway, four months after your link we have "He and Dr. Nikolai Petrovsky, an endocrinologist from Australia’s Flinders University, also said Yan’s report provides a solid counterpoint to a March Nature article titled “The Proximal Origin of Sars-Cov-2” that argues there is no way the virus could have been grown in a lab. " 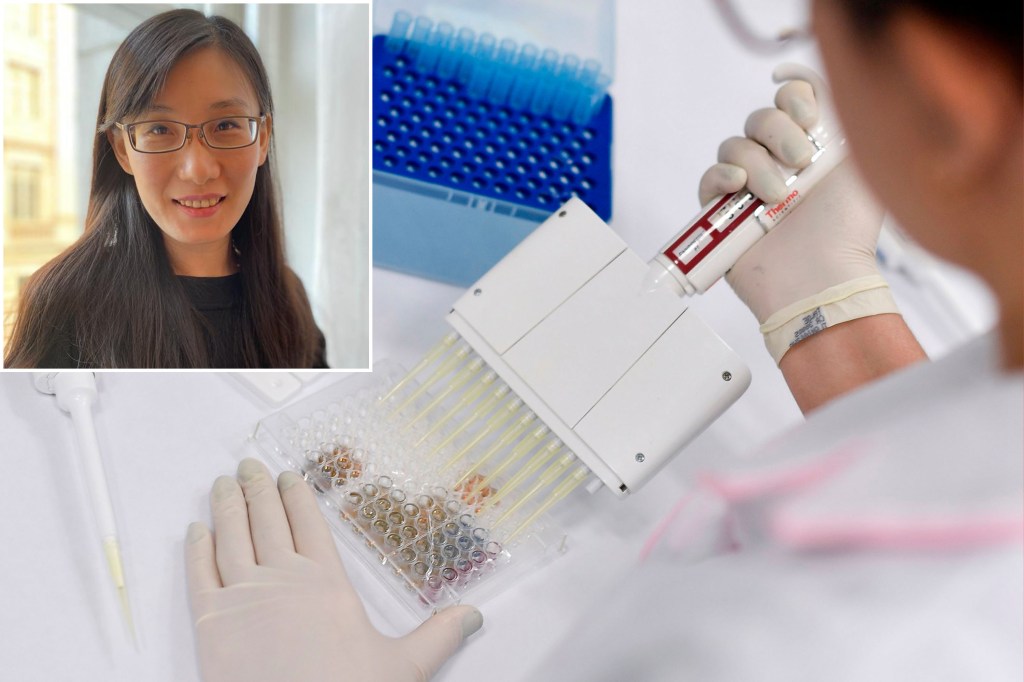 “One of the major arguments [in the paper] is that [the virus] is so unique, it can’t have been generated naturally, the only explanation is that it’s man-made,” virologist …