Recovered patients who tested positive for COVID-19 likely not reinfected

This phenomenon is likely due to the shortcomings of the coronavirus test, experts say

"Culturing" the virus would have to be done in host cells, not just a plain lab dish. The dish would have to contain cells the virus could infect. Unlike bacteria, viruses are not "alive" in the sense of having a metabolism. They are only genetic material (DNA or RNA) and a protein shell used to bind to a host cell and inject the genetic material. They use the host cell's metabolism to create copies.
This is why antiviral drugs are so difficult - they cannot have much of an effect on the host cells, and the binding sites already have their uses.

Some viruses, such as the human immunodeficiency virus (HIV) and the chickenpox virus, can integrate themselves into the host genome by making their way into the nucleus of human cells . . .
Click to expand...

Although some Herpesviruses integrate into the genome:

There is no evidence that the chickenpox virus integrates into the host genome.

The chicken pox virus enters into the nucleus, but achieves latency by maintaining a circular episome in the nucleus of the cell. 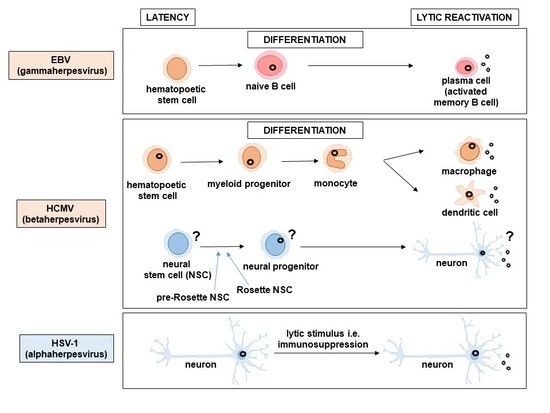 Latency establishment is the hallmark feature of herpesviruses, a group of viruses, of which nine are known to infect humans. They have co-evolved alongside their hosts, and mastered manipulation of cellular pathways and tweaking various processes to their advantage. As a result, they are very...