The Search for Patterns

“And if you gaze long into an abyss, the abyss also gazes into you.” — Friedrich Nietzsche

The Golden Ratio is insignificant on its own. Why is it common in nature? Now that’s a more interesting question. It cannot be denied that the Golden Ratio is observed in nature but for some reason, it is difficult to comprehend its importance. It’s like the air that we breathe, we know it’s there because its keeping us alive, otherwise we will be in a different place, but we cannot see or touch it.

Let’s say there are 5 cats and 2 dogs. The cats and dogs are real but the numbers “5” and “2” are not. It’s only a numbering system that was invented to give meaning to what we see. A child can look at the cats and dogs but without the concept of numbers, he will not be able to group them as “5 cats and “2 dogs” or perform arithmetic operations.

As mentioned before, this ratio is insignificant on its own. So saying that the Golden Ratio is 𝑥^2−𝑥−1= 0 and try to fit this in the physical world is a futile exercise.

While mathematics is used to manipulate equations and to some degree can be applied to describe the physical world, it should not be the starting point for physical observation. Note that mathematics belongs to the realm of the abstract and not exactly physical reality.

To give a physical meaning to this ratio, the first step is to find an equation that describes a physical phenomenon which includes this ratio and then use this ratio to describe other phenomenon.

Now comes the tricky part…. How can this equation be derived? Well it should not be derived using “AXIOMS” because we are dealing with a physical phenomenon. Another way is to use a proven scientific method and that is to “GUESS” it -> Compute the consequences of the GUESS -> Compare with observations (R. Feynman).

Below shows two (2) tests of the Golden Ratio

Golden Spiral & Golden Angle
Wikipedia: In geometry, a Golden Spiral is a logarithmic spiral whose growth factor is φ, the Golden Ratio. That is, a Golden Spiral gets wider (or further from its origin) by a factor of φ for every quarter turn it makes. 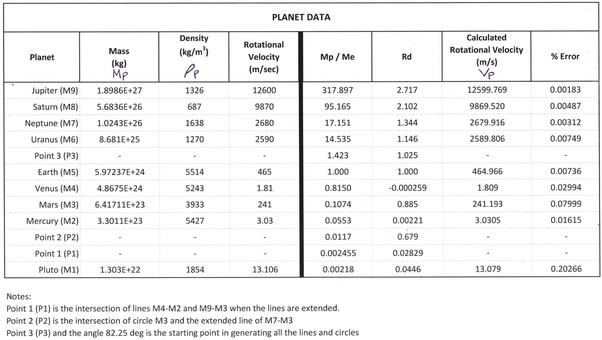 Graph 1 - Rotating Golden Spiral (Polar Coordinates)
The red spiral is rotated until it intersects a planet or group of planets shown in different colors. Note the angle of the red line to the horizontal line is very close to the value of the Golden Angle. 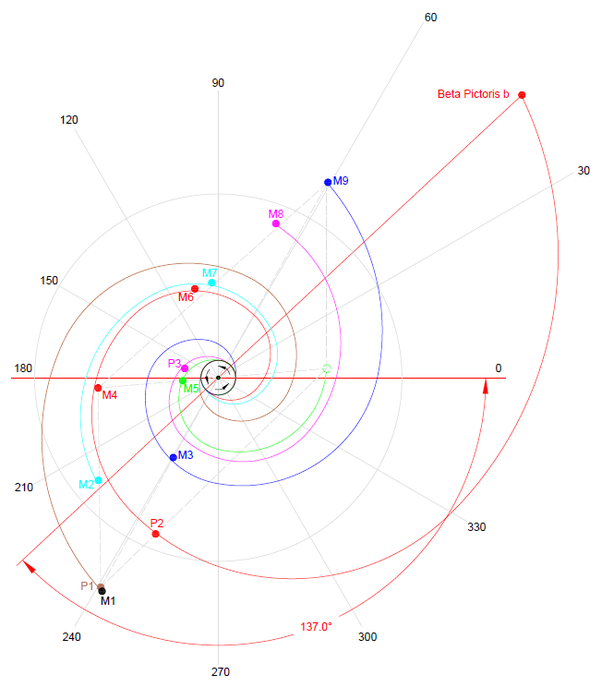 Graph 2 - Semi-Log Plot
Below is an application of the Golden Ratio on the rotation of planets. The black dots (M1 to M9) on the Semi-Log Plot (Graph 2) are planets in the Solar System and the dot on the top far right is an Exoplanet (Beta Pictoris b). The position of the dots (Rd) on Graph 2 matches that of (Graph 1). 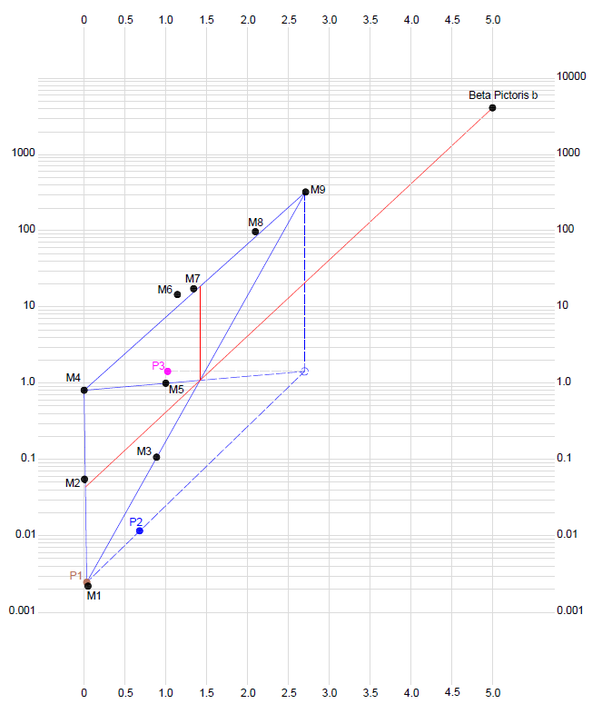 Graph 3A - Projection of the Golden Spiral on the Semi-Log Plot
The graph below is a rotating logarithmic spiral superimposed on a semi-logarithmic plot. 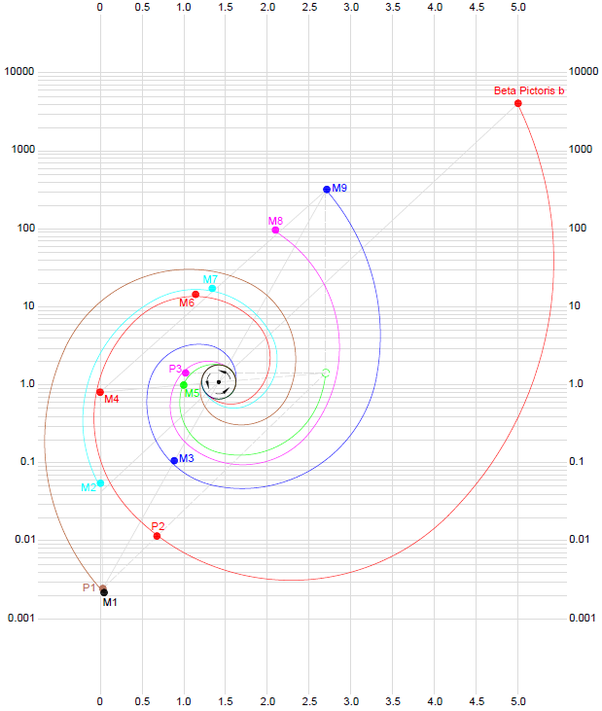 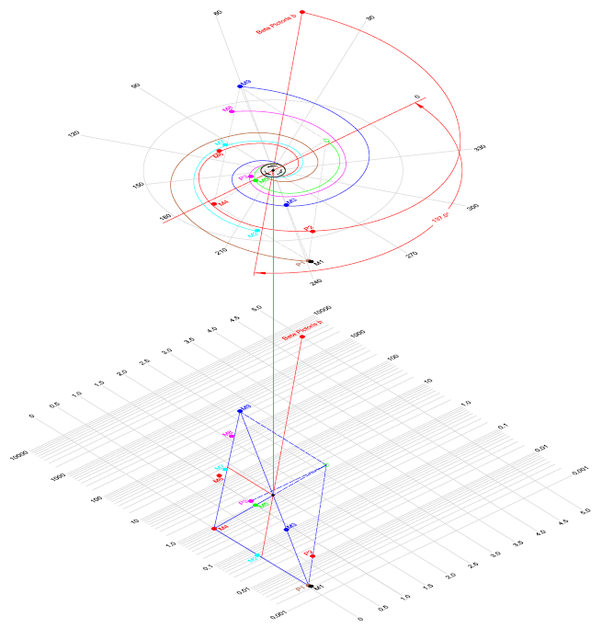 Graph 4 - Exoplanet
Wikipedia: Beta Pictoris b (abbreviated as β Pic b) is an exoplanet orbiting the young debris disk A-type main sequence star Beta Pictoris located approximately 63 light-years (19.4 parsecs, or nearly 5.986214×10^14 km) away from Earth in the constellation of Pictor. 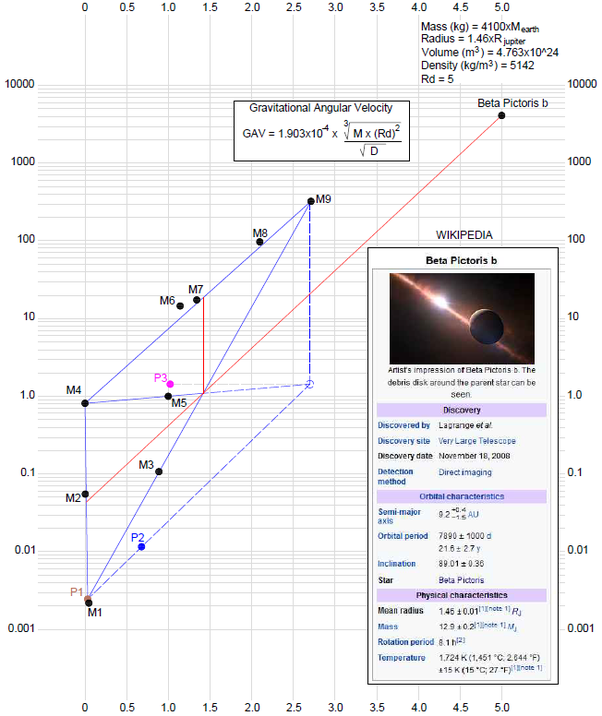 Notice the color group of Graph 1 and compare it to the actual planet arrangement. M5 is moved to the closest group, M8. P1/P2/P3 are excluded from the color group. Also, the center is located on the Asteroid Belt (or a planet, Titius-Bode Law) between Mars and Jupiter.

Conclusion:
The Golden Ratio can describe both planetary rotation and planetary arrangement.

Additional Test of the Golden Ratio (Hypothetical Planets)
Of course, there is also the possibility that this ratio is just a kind of mental construct we use to describe the physical world and there is no physical meaning to it. This is best described by one of the greatest minds of the 20th century.

“Physical concepts are free creations of the human mind, and are not, however it may seem, uniquely determined by the external world.” — Albert Einstein
Last edited: Dec 28, 2020
You must log in or register to reply here.
Share:
Facebook Twitter Reddit Tumblr WhatsApp Email Link