Question NETIZENS LICENSE China now requires License to Comment on Current Affairs - do you know if this reported by CNN, FOX, New York Times and friends ?

Looks like part of a bigger crack down not really being reported by Western Media about the use of licenses to control Netizens and Lawyers.

Tweet Video at the end from disbarred Chinese lawyer Ren Quanniu showing CCP approved Christian worship in China. I did not know about this. Its hard to comprehend from Western point of view the level of state control but the video shows how CCP licenses are required for everything.

" Social media platforms in recent days have issued notices to users, requiring them to obtain “Internet News Information Service Licenses” or otherwise be banned from commenting on “politics, economics, the military, diplomacy, and other major news.” "

See end of this post for info from one of the Chinese human rights lawyers being stopped from working - it appears the ban was because he defended an 82 year old clients' right to do a spiritual meditation practise. The client was jailed for 5 years

The lawyer violated Article 39, Item 3 of the“Administrative Measures for the Practice of Law,” which states that an attorney may not “reject the characterization of a heretical organization by the state,” and that his behavior was “egregious” and “severely damaged” the law profession

On Twitter, the lawyer stated there is no law classifying the spiritual group as a heretical group, so it was not possible for him to reject the characterization.

The Chinese Communist Party has further tightened its control over speech, information, and thought among the Chinese people, announcing limits on what can be posted on social media.

Social media platforms in recent days have issued notices to users, requiring them to obtain “Internet News Information Service Licenses” or otherwise be banned from commenting on “politics, economics, the military, diplomacy, and other major news.”

The notices explain that if a user doesn’t have a license, they are advised not to compile, publish, comment on, or interpret any information on current affairs.

The notices from Sohu and Baidu clearly state that users are now required “not to release such information without approval,” and that the new rules “prohibit the development of such content without permission or beyond the permitted scope.” 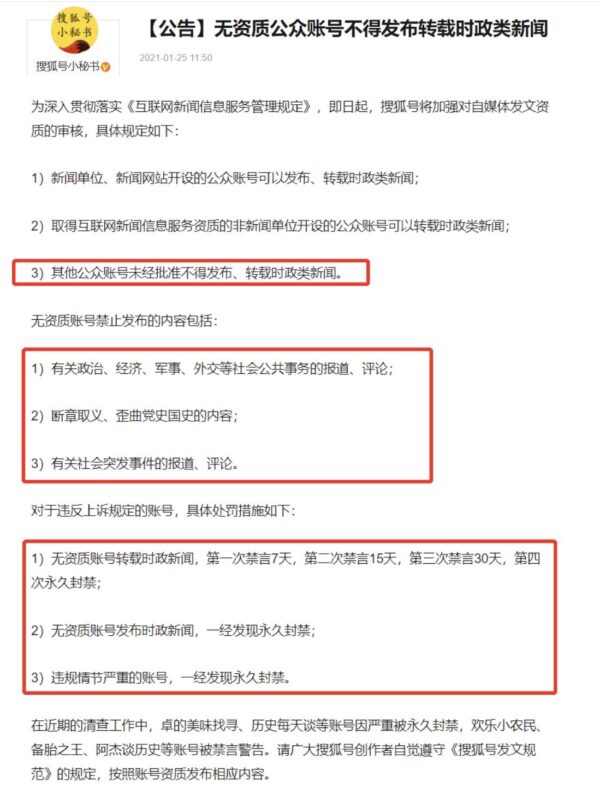 For reposting existing information, “unlicensed accounts” spreading prohibited content will initially be banned for seven days. A second violation will trigger a 15-day suspension, followed by a 30-day suspension for a third violation.

A fourth violation will result in the account being “permanently disabled.”

The penalties are harsher for those sharing original posts. Unlicensed accounts directly posting information in violation of the rules will be “permanently banned once discovered,” the notice said.

Commentators who aren’t affiliated with a state-approved media company have said it’s almost impossible for them to be granted a license, given the long list of unrealistic requirements demanded by WeChat, Sohu, and Baidu on behalf of the authorities.

The criteria, according to the owner of the NetEase account “Tianma Xingwen,” will make personal accounts ineligible for a license.
“As a researcher and columnist on international relations, it seems that from now on, I can only talk about eating, drinking, and having fun on social media,” Ma Xiaolin, a veteran reporter who covered the Iraq war, said on Weibo on Jan. 30.
The new regulations will mean that the future of Chinese social media will “belong to only a very small number of people,” they said.

The CCP’s Cyberspace Administration of China(CAC) is behind the push for the new social media restrictions. The internet regulation and control agency announced during its national meeting on Jan. 29 that it would focus its resources on “prominent problems that disrupt the peace and order of internet communications,” including viral topics and videos.
Major internet service providers that own social media platforms, such as Tencent and Sina Weibo, attended the meeting.
Zhuang Rongwen, vice minister of the CCP’s propaganda department and director of the CAC, said at the meeting that it’s necessary to “maintain the correct political orientation, public opinion orientation, and value orientation” across all internet platforms, no matter what they are.
The CAC said in a Jan. 31 noticethat with the licenses, it’s now “focused on rectifying” the situation where the public has had access to unregulated online commentators.
The agency also said that licensed media personalities will still need to follow a “review before posting” policy, implying that they won’t be able to discuss politically sensitive views about current affairs, including during livestreams.
Ling Yun contributed to this report. 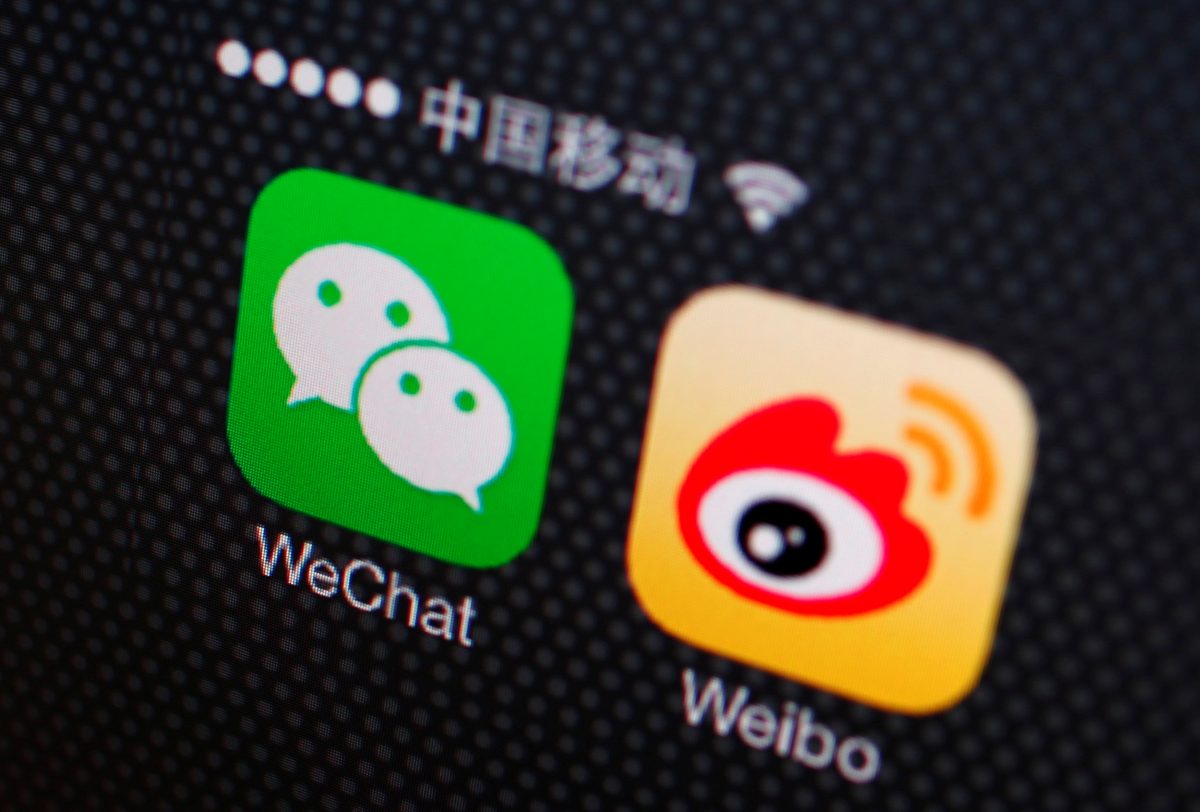 The Chinese Communist Party has further tightened its control over speech, information, and thought among the Chinese people, ... 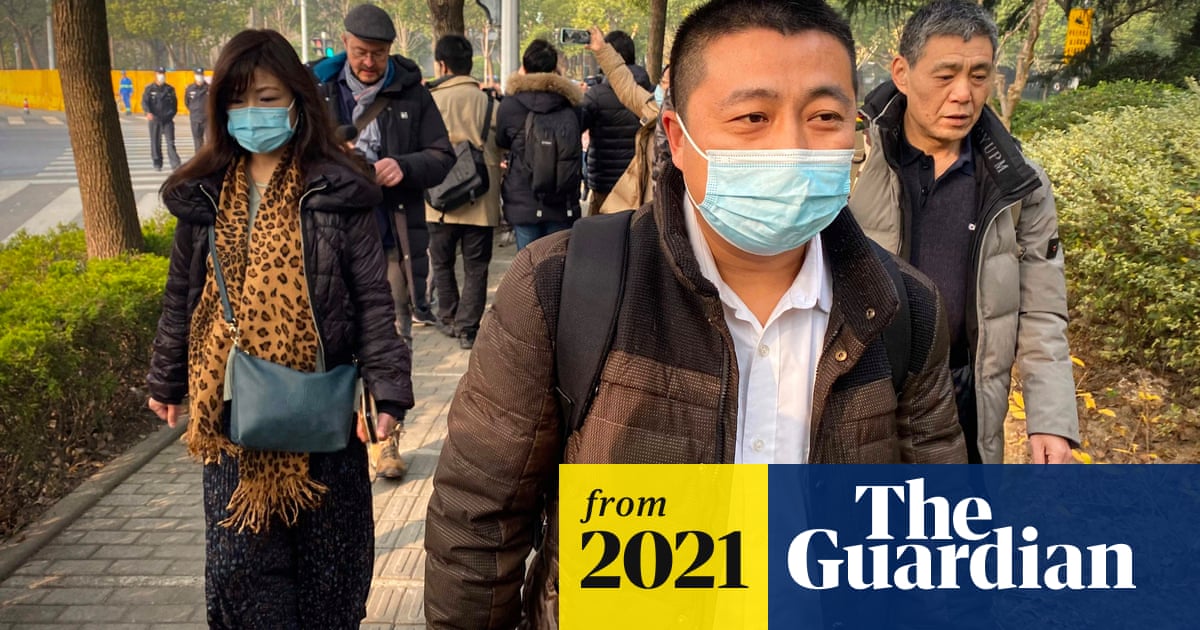 Ren Quanniu, who acted for one of the 12 people who tried to flee the territory by boat, has his licence revoked over ‘groundless’ accusations

Via a Twitter post on Jan. 5, he explained that the justice department of Henan Province served him a notice, in which it claimed that he violated a courtroom regulation during the trial of an 82 year old man and Falun Gong practitioner Zhang Minglang two years prior.

Falun Gong, also known as Falun Dafa, is a practice centered around meditation exercises and moral teachings based on truthfulness, compassion, and tolerance.

Ren represented Zhang after the latter was arrested in December 2017 for his faith.

The license revocation notice alleged that Ren violated Article 39, Item 3 of the“Administrative Measures for the Practice of Law,” which states that an attorney may not “reject the characterization of a heretical organization by the state,” and that Ren’s behavior was “egregious” and “severely damaged” the law profession

The Chinese regime has labeled Falun Gong and many other minority faiths as “heretical organizations” in its propaganda to vilify adherents.

On Twitter, Ren thoroughly refuted these claims, stating that there is no law classifying Falun Gong as a heretical group, so it was not possible for him to reject the characterization.

Ren added that he was never informed of the justice department’s investigation into him.

Past Cases
According to Minghui.org, a U.S.-based website that tracks the persecution of Falun Gong in China, Zhang was 82 years old when he stood trial on Nov. 7, 2018.

Zhang was charged for “undermining the law using a heretical organization.”

Zhang entered a not guilty plea. During the trial, Ren argued that his client had caused no harm to society and that there was no legal basis for the charge.

“Falun Gong believers, whether practicing in groups on the street corner or in public squares, or practicing alone in their homes, do not endanger others or interfere with anyone’s life, work, or studies. If they do not hinder or disturb others and, like the square dancers that gather at morning and dusk, have the same right to assemble and practice exercises outside, then why do Falun Gong practitioners not have the freedom to practice their faith?,” Ren said in court.

After 12 hours, the judge adjourned the trial without a verdict. Months later, on Jan. 7, 2019, Zhang was sentenced to five years in prison.

Ren’s license was revoked soon after he defended a client in the case of 12 Hongkongers who were arrested by Chinese coast guards as they attempted to flee to Taiwan for political asylum.

He represented Wong Wai-yin, who was among eight people sentenced to seven months by a court in Shenzhen city for “illegally crossing the border.”

Ren also represented citizen journalist Zhang Zhan, who was arrested for her coverage of the initial COVID-19 outbreak in Wuhan city last year. She was recently sentenced to four years imprisonment. 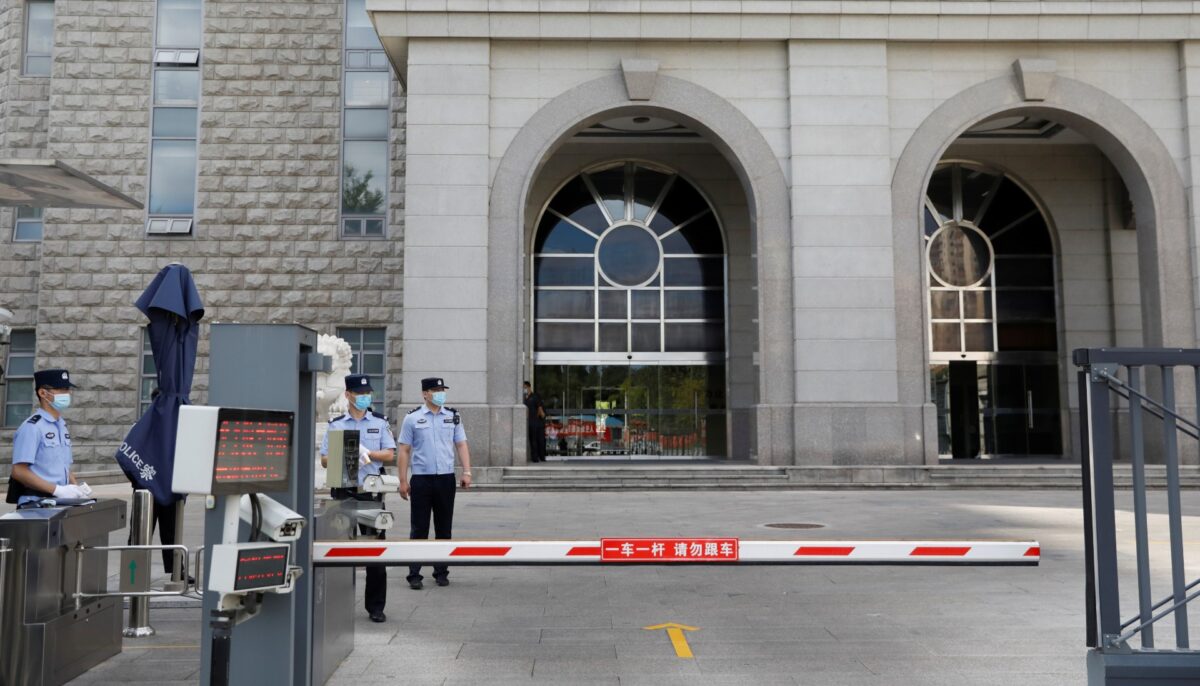 I do not know what to say about the CCP Church service video except that history shows us many truths.

I hope everyone finds their own peace

@Frfrancisliu · Feb 1 The Qingdao Three-Self Patriotic Association of Christianity in Shandong issued a notice prohibiting the posting of audio and video preaching on the Internet. I think this is mainly because they are afraid that their patriotic pastor’s remarks will be criticized by the outside world.

免于恐惧的自由，是判断一个政权是否文明的标准！
=
"Freedom from fear is the criterion for judging whether a regime is civilized!"

I found the video by chance in the tweets of a lawyer who has been banned in China. I guess the video is showing how people in China must accept the CCP license even in Church.

Such tactics have historically produced underground movements and organizations which may or may not become detrimental to society/citizens. E.G.: Read about the ~300 years of persecutions of Christians by pagan Rome, and the reversal under the Emperor Constantine. The complete history is available free on Kanopy.com via one's library card. P.S.: In today's global world it seems that all social issues have to be viewed through a political lens. Yet the beauty and wonder of an asteroid flying by Earth in March or the possible habitable planets around Alpha Centauri A and B go largely unnoticed while harebrained entertainments and paranoid politics are forefront.
Reactions: Observer
You must log in or register to reply here.
Share:
Facebook Twitter Reddit Tumblr WhatsApp Email Link