This period stretches from around 8000 BC to around 3000 BC. Were we see the great empires emerging in ancient Mesopotamia and Egypt. It was during this time period that the male role in society was being established. The role of the woman was already established.

It should be noted that most of the Western world’s structure of civil law, property rights and marriage comes from this era.

The writings of the first organized religion come from this area of ancient Mesopotamia, the Sumerian, “Gala Priests”. They are known to have existed as far back as 3200 BC. They controlled the everyday life of the common person and the wealth of the city or nation state till the kings took control from the priests until around the latter part of the first century when control went back to the priests through political wrangling in Rome.

The “Gala Priests” controlled everyday life and created around 3000 gods and deities arranged in family units to reflect what they saw around them. Life for the common person was a sacrifice to the temple and the priests. Sumerian priests could be either male or female they all wore masks. You never knew who you were talking to. They perpetuated the idea that the gods made man to serve them. They claimed divine right because they were the only ones that could interpret the events that surrounded the common person since they by design they were kept illiterate.

The burial of the dead changed dramatically as we can see in the Royal tombs at the ancient city of Ur in southern Iraq. This was a large cemetery in existence till the 3rd century BC.

Most of the graves in this area showed that male and female corpses were laid one on top of the other found with their belongings indicating whether they were rich or poor. During this era, it appears that the corpse were excarnated whereas the flesh, organs were stripped from the bones and the bones were thrown on the ground to decay.

During the 26th century we see another shift in burial rights where royalty started having elaborate funerals. The first king of the Sumerians is usually associated to Meskalamdug he is known as a paramount ruler of the nation of the Sumerians.

He instituted mass graves where he sacrificed his soldiers and it appears an entire choir of women to accompany him in the afterlife.

He was buried with his associated wealth and provisions to accompany him in the afterlife along with his subordinates to attend to him. Funerals of this type were mainly from the upper crust and the common person would be sacrificed in his honor and buried with him.

The bodies at the Royal Cemetery underwent certain burial practices. In the tomb, the primary body is placed inside the tomb chamber usually accompanied by attendants. More bodies are buried often in separate chambers or what are known as death pits. The amount of bodies could be as little as six to as many as ninety bodies. They were placed in neat rows.

The principal body was always laid on a mat made of reeds which also lined the floor and walls of the pit where the attendants were located. Some tombs were found position in front of the entrance as guards and then contained female attendants inside.

So, from simple excursion back into history we see from the early stone age a classless society and funerals consisted of being buried with just a few objects. To the advent of the latter part of the stone age into the Bronze age where death became a commodity with shows of wealth. The ideology of Divine right came from this period of time and still remains to this day in any religion in the world.

The priests the rabbis the shamans are the only ones that can tell you how you should be buried it is an economic commodity. The skeleton remains of the common person from this time period usually shows broken bones and the other vestiges of the harshness of life.

Death is a classless endeavor but overtime it became a symbol of wealth and divinity that was not accorded to the poor.

Religion is always an abstract concept with no firm footing in reality it always changes according to changing social stratification. For those that believe the Son inherits the Father's kingdom read the accounts of “Gilgamesh” written around the 18th century BC. The first written account of creation. You have a Father and a Son who inhierts creation.

I wonder what fact that late Neolithic and bronze age peoples clearly believed in an afterlife tells us? Perhaps that they believe in a self, in William Jame's parlance a "me" which dies, but are at the same time believe that it is not their true, or truer being, "I," which does not die.

Neolithic people seemed to have liked megaliths with their religion

https://en.wikipedia.org/wiki/Megalith
Before that paleolithic peoples all over the world seemed to have liked so called Venus Figurines 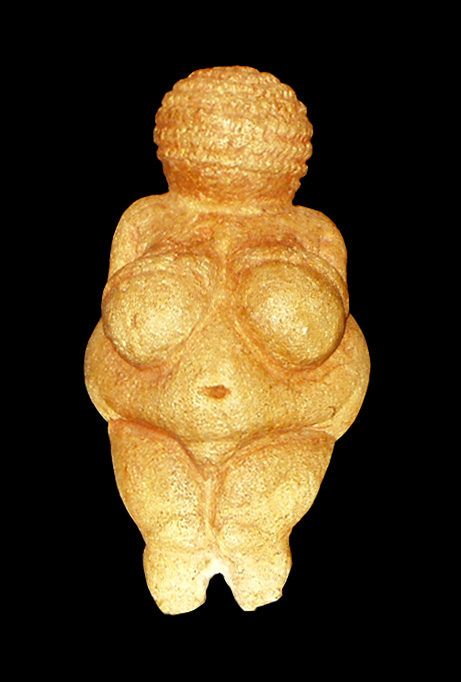 I think that they may be all connected bearing in mind the McDermott (1996) interpretation of the latter.
R

The idea of the afterlife was political in nature to assign a divine right to rule, lineage between kings and their heirs. You see the grand scheme of this ideology in the rule of the Pharaohs and the Caesars. You see the same divine right in the Roman Catholic church. The Pope is the only one that can converse with his god.
You must log in or register to reply here.
Share:
Facebook Twitter Reddit Tumblr WhatsApp Email Link