Hello. I am new here. I have noticed a few minor mistakes in this article: 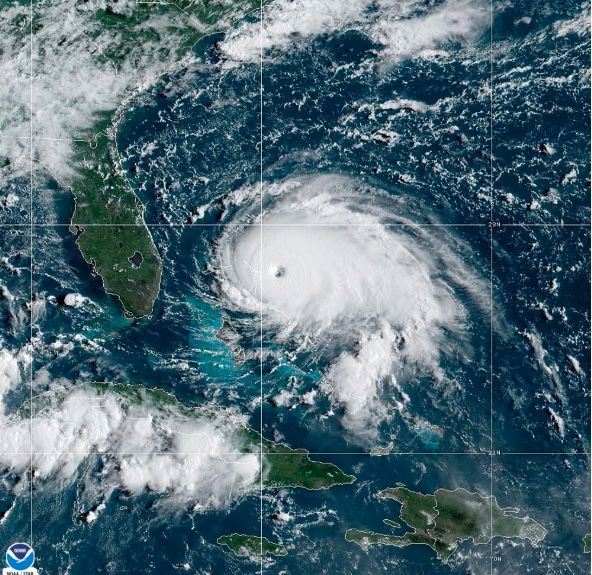 How Strong Can a Hurricane Get?

The Saffir-Simpson hurricane only goes up to Category 5. But in theory, winds from a powerful hurricane could blow the scale out of the water, scientists say.

NHC knows Wilma was stronger than this, but because the Hurricane Hunters had abandoned the mission due to icing problems and the shear intensity of the storm, they don't know exactly how strong Wilma was at maximum intensity, as there is about a 12 hour period where they were not flying hurricane hunters in the storm. A few years ago, Dr. Jeff Masters wrote an article on his website about a certain female Meteorologist who had modeled Wilma in a Super-Computer and found the maximum winds to be 222mph 1-Minute Sustained. However, NHC still uses 185mph sustained as the official intensity for Wilma. So I guess you could say Hurricane Wilma is Unofficially the most intense Tropical Cyclone in World History, at a calculated/computer modeled 222mph sustained. This computer model ran for 6 months and ran several million versions of the data and the group mean was 222mph for the maximum 1-minute sustained winds, with gusts about 40mph higher still.

3) The most intense Tropical Cyclone World Wide, officially, is Hurricane Patricia from 2015, which had winds of 215mph sustained based on satellite estimation methods which didn't yet exist for Hurricane Wilma.

4) The most intense landfall world wide is a tie between Super Typhoon Haiyan and Super Typhoon Meranti, both at 196mph and both in the Philippines. Again, we know the REAL wind speed due to a more advanced version of the Dvorak Technique and better satellites that didn't exist for Hurricane Wilma.
4b) The most intense landfall in the Atlantic Basin is still the Labor Day 1935 hurricane, at 185mph and 892mb.


Thanks for your time,
Wade
W

Also, another mistake in the Article.

In the past 30 years, Atlantic Hurricanes have increased in wind speed by 15%* and increased in duration by 60% (Dr. Emanuel Kerry et al) compared to the 30 years prior to that, during which they also had hurricane hunter aircraft for both periods being studied, so the methods of study are mostly the same, minus the more advanced satellite technology. But Hurricane Hunter aircraft are still the most reliable method for measuring Hurricanes, so Satellites just make it easier to track the storm when you don't have a hurricane hunter, but Hurricane Hunters usually do the real science.

Because Hurricane wind damage potential scales as the 8th power of wind speed, a 15% increase in average maximum wind speed of hurricanes means the destructiveness of hurricane winds has increased by a factor of 1.15^8 = 3.06.

This means Hurricanes do about 3 times as much damage on landfall now as they did 30 years ago, and they are about 3/5ths of a Category stronger than they were 30 years ago, on average.
You must log in or register to reply here.
Share:
Facebook Twitter Reddit Tumblr WhatsApp Email Link