Question Ivermectin has been shown very effective against Covid-19 infections - why is no one talking about it ?

Effective Covid-19 treatment could alreay be available. See youtube video interview with Australian Professor Thomas Borody - link at very end - he provides his opinion on why an already effective treatment has been sidelined.

Ivermectin (IVM) has been shown very effective in reversing Covid-19 within 24 - 48 hours in US Florida hospital patients whose oxygen intake was down and eliminating Covid-19 shortly after.

“It has very few side effects, and is a real killer of coronavirus,” Australian Professor Borody

This is an old well established drug widely used on people.

It has been used in 4 USA Florida Hospitals on patients with Covid-19 with a paper published. The results indicate IVM was very successful in reducing mortality of patients with severe of Covid-19 - 50% compared to the control group - improvement and stablization with 1-2 days

Ivermectin (IVM), a macrocyclic lactone of Nobel Prize-winning distinction has been given to humam patients in USA hospitals but its success has not been discussed

A retrospective study of 173 COVID-19 patients treated with IVM in four Florida hospitals at a dose of 200 µg/kg yielded a 40% reduction in mortality compared with 107 controls (15.0% vs. 25.2%, p=0.03). Mortality was cut by 52% with IVM for patients having severe pulmonary disease (38.8% vs. 80.7%, p=0.001). Stabilization and then improvement over 1-2 days frequently occurred for patients who had rapidly deteriorating oxygen status.

It is proposed that higher doses of IVM could yield sharply greater clinical benefits. In several clinical studies, IVM at doses of up to 2,000 µg/kg, ten times that used in the Florida study, were well tolerated.

The worldwide spread of the COVID-19 pandemic has prompted clinical testing of existing drugs with indicated activity against the SARS-CoV-2 virus. Among antima
papers.ssrn.com


"if their oxygen requirements are less than 50%, I’ve had nearly a 100% response rate, they all improve, if they’re on more oxygen than that, then it becomes a little more varied, some people, they don’t respond anymore because they are too far advanced,” explained Dr. Rajter.

The local health authority, Broward Board of Health, recently approved Dr. Rajter’s protocol for use in all of their hospitals 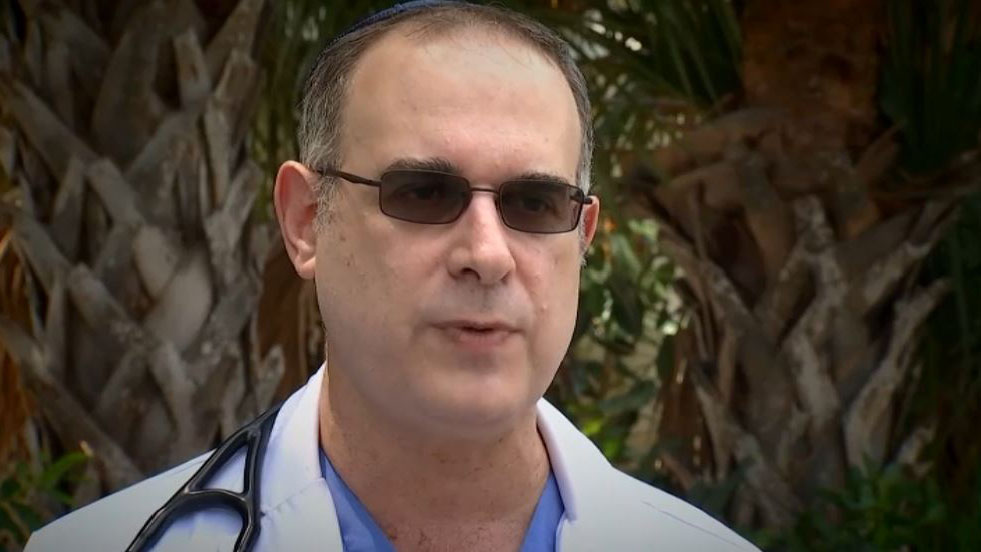 It is not a cure. That’s the first thing Dr. Jean-Jacques Rajter wants everyone to know about the treatment he’s using on his COVID-19 patients at Broward Health Medical Center. “Ideally, the sooner you get to them, the better off they are,” said Dr. Rajter, a pulmonologist. He and his wife...

These USA results have in replicated in China, Iraq and Bangladesh

Ivermectin Study Reveals Fantastic Results: 100% of 60 Patients Better in an Average of Just Under 6 Days

A Comparative Study on Ivermectin and Hydroxychloroquine on the COVID19 Patients in Bangladesh - Full Text View - ClinicalTrials.gov

A Comparative Study on Ivermectin and Hydroxychloroquine on the COVID19 Patients in Bangladesh - Full Text View.


Published on Aug 7, 2020
Australian Gastroenterologist Professor Thomas Borody says Ivermectin used in conjunction with two other drugs is making it look like “corona is very simple to kill”. The drug is Federal Drug Agency and World Health Organisation approved; it is widely used for parasitic infections and is being cited and prescribed as treatment against the deadly coronavirus. “It has very few side effects, and is a real killer of coronavirus,” Professor Borody told Sky News host Chris Kenny.


Why are we ignoring the potential cure under our noses?
Rebecca Weisser

....Covid cure that cut the mortality rate of even the sickest patients by 50 per cent..... so safe that it was already being used in aged-care homes to treat nothing more threatening than scabies and cost next to nothing.

On 3 April, Dr Kylie Wagstaff, working at the Monash University Biomedicine Discovery Institute, with a team from the Peter Doherty Institute of Infection and Immunity, the University of Melbourne and the Royal Melbourne Hospital, announced that the anti-parasitic drug ivermectin kills the Sars-2 virus in a petri dish within 48 hours.

Ivermectin is already considered a wonder drug. In 2015, William Campbell and Satoshi Omura shared the Nobel Prize in Physiology or Medicine for its discovery, which has transformed the lives of millions of people in Africa, Asia and Latin America, since its introduction in 1987 to treat a range of parasite infections from head lice to river blindness.

In America, it took only 48 hours after Wagstaff’s announcement for doctors to start using the drug, off-label, and saving lives....the use of the drug in Broward County Medical Centre, with extraordinary results.....and mortality dropped by 48 per cent; even in patients on high-flow oxygen or already intubated...

The results everywhere have been extremely encouraging, Wagstaff says. Dr Tarek Alam of the Bangladesh Medical Centre used ivermectin and the antibiotic doxycycline to treat over 400 patients and 98 per cent were cured within 4 to 14 days. In another study Chinese and Bangladeshi researchers trialled the same two drugs on mild to moderate Covid-19 patients .....In the Dominican Republic, the largest private health network treated 1,300 patients with ivermectin of which 99 per cent were cured and the average duration of infection was more than halved from 21 days to 10 days.

Since Wagstaff’s announcement, 33 clinical trials have commenced in Argentina, Egypt, Iraq, Italy, Israel, Mexico, Colombia, Bangladesh, Pakistan, Spain, India, Thailand, Brazil, Singapore, the US, but not a single one in Australia. Wagstaff has raised the money for a randomised, controlled, double blind trial — the gold standard of proof in medical research — from the Leona and Harry Helmsley Charitable Trust, in New York, but understaffed and overworked, she is still weeks to months away from being ready to start recruiting patients.

......ivermectin is on the WHO’s list of essential medicines yet there is a strange lack of any intellectual curiosity on the part of the pharma-government-academia industrial complex, editorialises Trial Site News, a digital media site dedicated to unbiased coverage of clinical research trials......

[said there has been talk] about developing Covid drugs and vaccines at warp speed but while its full steam ahead for patented vaccines, [no one] has not been able to blast through the roadblocks [for] off-patent drugs face. [Dr] Rajter said that just getting the results of his ground-breaking study published has been a battle [major pharmaceutical companies will lose a lot of money if ivermectin becomes the standard of care.]

Exacerbating the damage done by the cosy relationship between pharmaceutical companies, major academic medical centres and regulators, social media giants have become the self-appointed censors of this establishment elite. CEO Susan Wojcicki says YouTube takes down anything that is ‘medically unsubstantiated’ or goes against the recommendations of the WHO. Twitter and Facebook have followed suit. Videos made by doctors and scientists discussing the research on ivermectin and hydroxychloroquine have been taken town. Even videos on vitamin D — whose major source is sunshine — were censored. Yet Fiona Mitchell wrote in the Lancet that a growing body of evidence links Covid-19 mortality with vitamin D deficiency. Professor Rose Anne Kenny of Trinity College Dublin says public health bodies should be recommending the entire population take vitamin D supplements during the pandemic and it should be given to all aged care residents unless there is an extremely good reason not to do so.

When Wagstaff made her dramatic announcement on 3 April, only 28 Australians had died of Covid. Now, 232 have died. The vulnerability of older Australians is stark — only 9 of those who died were under 60. Worse, there are 1,435 active cases connected to aged care facilities. Without ivermectin, these people are in mortal danger. In NSW, almost 50 per cent of infected age care patients died.
Last edited: Aug 9, 2020
A

This study sought to determine if ivermectin could serve as a prophylactic for those individuals who had been exposed to someone in their household that was tested positive for COVID-19. To participate, the subject had to be between the ages of 16 and 70, healthy and confirm that a family member was infected with SARS-CoV-2, the virus behind COVID-19.

these findings have not been peer reviewed nor published. TrialSite offers a summary and hence no scientific conclusion can be made here. And as a reminder for those living in various jurisdictions, these study results, even if correct, aren’t necessarily relevant in other national jurisdictions.

The Zagazig University results reveal that out of 203 subjects in the ivermectin arm 15 contacts (7.4%) developed COVID-19 as compared to 59 (58.4%) in the non-intervention arm. Note, all of the subjects were symptomatic based on the study protocol, again here. According to the lead author, the difference between the ivermectin arm and the non-intervention arm was “highly significant” (p<0.001).

TrialSite News has followed the work of Dr. Jean-Jacques Rajter, Juliana Cepelowicz and team from Broward County Health and their leadership of the ICON