How will the coronavirus outbreak end?

Page 5 - For the science geek in everyone, Live Science breaks down the stories behind the most interesting news and photos on the Internet.
Sidebar Sidebar
Previous Next
L

LisaSummit2 said:
You and your cohorts who believe this is a SIMPLE SILLY VIRUS just because we have up to date media to cover it are in denial. I think people who are so cynical and don't believe this is very real and very different should be forcefully taken to go onboard these cruise liners and help out....you know...since it's all pretend and all.
Click to expand...

sarajo said:
Thanks Lisa Yeah I think my mum is over freaked out -until I hear on the news at home in the UK that the virus has spread to the town which I live in which is Middleton (North Manchester UK) Im not wearing masks or latex gloves - I'm leaving tht sort of thing to dentists/hygenists
Click to expand... 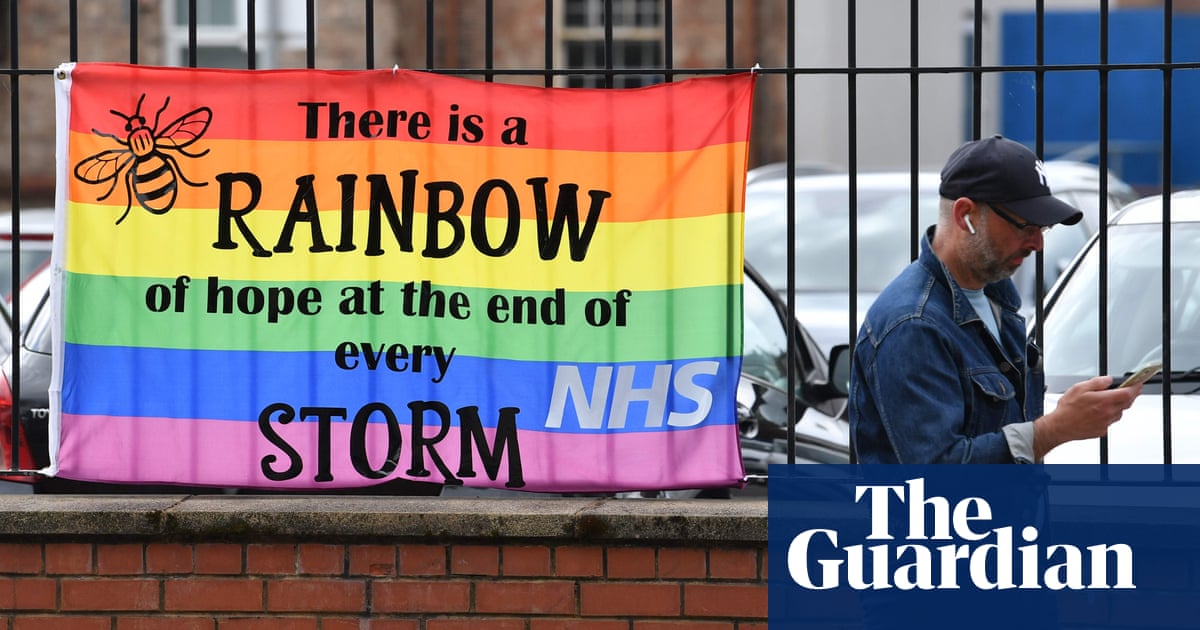 www.theguardian.com
"Salford in Greater Manchester has one of the highest coronavirus death rates in the country, with 174 deaths as of Friday, amounting to 93 for every 100,000 people. "
Yes, odds are low of dying of it but isn't it the responsible thing to do to protect the elderly and vulnerable ?
E

Lawrence14 said:
Anyone who does not take this virus in a serious manner is contributing to its spread. That probably means many of the foolish com mentor's on this forum fit that category. How Sad!
Click to expand...

What is your definition of serious? The self-appointed "authorities" admitted to lying... see below.
View: https://www.youtube.com/watch?v=_2MmX2U2V3c


Now that Fauci admits he lied and give us bad information... how do you know what to believe? Fauci is arrogant and in my opinion directly responsible for deaths because he knowing gave out inaccurate information. He purposefully withheld information knowing that some people may die because they followed his advice. If you take this seriously you may want to amend your approach.
E

timtak said:
There is research that claims that masks do protect people.

The report compares N95 (a respirator) to not (1) wearing one and to (2) surgical face masks. This was not a study, it was a recreation based off the information available to them after the fact. This report is not peer reviewed and never will be due anecdotal evidence plus not being conducted in real-time under controlled conditions.

A respirator should be a lot more efficient than not wearing one; you don't need a study to determine that observation. People like Fauci are telling us not to wear an N95 but instead they want us to wear a surgical face mask. This report also said that the group who did not wear masks had more infections than the group who wore a surgical mask... again, in a hospital environment wearing a face mask is a lot more healthy than not wearing one but there have been no studies that provide quantitative statistics providing causation/correlation of the effectiveness in wearing the mask.
R

EastofMaeWest said:
What is your definition of serious? The self-appointed "authorities" admitted to lying...
Click to expand...

For me it is taking personal responsibility i.e. I would not use an official's lies as reason to go to a public area with symptoms. Nor would I stop washing my hands if scientists were unable to agree on the effectiveness and so on...


David J Franks said:
The only reason this virus is causing a lot of trouble is because, it's got a name, it's traceable and you see big coloured pictures of it on the television. 50 years ago it would just be called a cough and that would be the end of it, and no one would panic.
Click to expand...

Today is March 09, 2020 and1:48 PM in the US and this in follow-up to the Coronavirus statistics being shared.

I for one am not a conspiracist, but I strongly believe this needs to be said because so many are thinking it!
This IS NOT intended to cause a panic or mass hysteria, it is only to provide my take on what many including myself believe, that the Coronavirus was developed, staged and is now being spread globally as an intentional act by the so called "New World Order", and therefore no Anti-virus will come to eradicate it before scores of millions infected PERISH!
Click to expand...

Coronavirus existed before humans and has been very well known for over 50 years... There are far better viruses out there to achieve what you are suggesting.
If you wish to narrow down your conspiracy more, then it looks like the NWO are targetting over 60s in developed worlds where Winter temperatures are around 1degC and where the populations are likely to ignore common sense. This is a very narrow section and would not cover the 1billion that you suggest.


timtak said:
@LisaSummit2 is imho making a good point. Children also have weaker immune systems, so if "its not that hard to understand" and just a case of immune system weakness then children would be getting it and dying too.
Click to expand...

I guess in a simple explanation, if the young were as vulnerable as the elderly then there would be no humans on the planet as they would never make it to adulthood.
Last edited by a moderator: Nov 10, 2020

Roj5 said:
For me it is taking personal responsibility i.e. I would not use an official's lies as reason to go to a public area with symptoms. Nor would I stop washing my hands if scientists were unable to agree on the effectiveness and so on...


I reckon the trouble is the number of patients filling hospitals compared to typical and the higher than normal deaths.
50 years ago there wasnt the number of elderly we see today and I am sure that 50 years ago if large numbers of elderly were dying compared to usual the people of that era would not pass it off as just a cough.
Click to expand...

Yes, the Greeks knew about the chimera. They are the ones that devised a cure or attempted to at least. It is the same one that the CDC wanted to use on the West Nile Virus when it came to this country a decade ago.
You must log in or register to reply here.
Share:
Facebook Twitter Reddit Tumblr WhatsApp Email Link