How deadly is the new coronavirus? Data from the spread of US cases could help answer that.

More data on mild and asymptomatic cases is desperately needed.

How deadly is the new coronavirus? Data from the spread of US cases could help answer that. : Read more
L

I don't understand why everyone is overlooking the diamond princess data! It was a rare opportunity to test everyone potentially infected in a community. By looking at the stats we get a clear picture that roughly half of cases have no symptoms.
Last edited: Mar 3, 2020
L 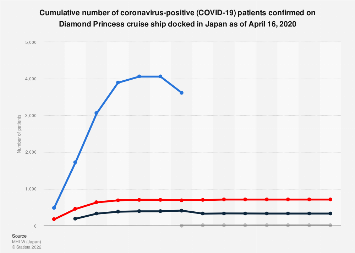 The cruise ship was in quarantine for several months after over 700 people tested positive for COVID-19.

It kills 2% and is unstoppable. Eventually, we will all become immune to it either through infection or vaccination.

Surely everything was deemed as unstoppable till we made the medicine to beat the disease/virus?
Reactions: Matt2239
L

Pretty sure your percentage of death rate is incorrect. I believe they are now saying closer to 4%

Let's hope so but that's only a maybe at this time since there's a possibility that those who have recovered have become infected again. So immunity may not be a sure thing. Then there's the possibility of the disease mutating.

Knowledge is power said:
Surely everything was deemed as unstoppable till we made the medicine to beat the disease/virus?
Click to expand...

True for the stoppable diseases but some have no vaccine and others are nearly impossible to develop inoculations for due to the number of strains and mutations.
K

Get this out! said:
Get this video to the President! Serological antibody testing done by Stanford researchers in Santa Clara County, CA prove Covid-19 has a similar death rate to the flu! We've been lied to and mislead by numbers from the government of the country from which the virus came from. Dr. F got it wrong and we shut down the whole economy for the Flu!

Should be very careful using Stanford's data on Santa Clara residents. It has not been peer reviewed and has some serious problems about sampling. People were recruited using Facebook Ad. People wanting to know their status are more motivated to volunteer. Self-selection is a problem. But is no way a random testing. Only people active on Facebook would have participated. This is not a good slice across a population. Lastly, I see no evidence that researcher ascertained whether multiple participants may have come from same household (family, roommates, etc.) If multiple samples from same household, more likely to get infected and make incidence much higher.

Data just reported from NYC from antibody testing indicates that percent of population is 12%-18%. This is significantly lower than Stanford study.
Last edited: Apr 24, 2020
G

LisaSummit2 said:
Pretty sure your percentage of death rate is incorrect. I believe they are now saying closer to 4%
Click to expand...

The latest figures now show the death rate to be at 1/2% which is comparable to the flu which comes every year.
C

When comparing this to the flu, it depends on what you are comparing to.

From the best I can tell (maybe someone can set me straight) the flu is not always diagnosed strictly on a positive flu test. You can walk into a doctor's office, present with flu like symptoms in the middle of flu season, and the doctor may diagnose it as flu without a test.

The CDC uses some type of formula to determine how many people actually have the flu - or at least that's how I view it. 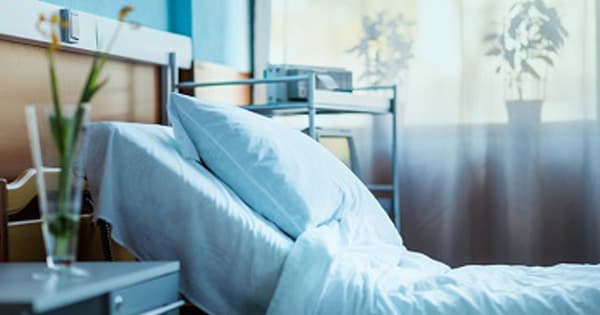 Learn about how CDC estimates the burden of seasonal influenza in the U.S.

Either way, covid-19 has already killed more than the 34,157 the flu killed in 2018-2019. And then consider, that 34,157 number you are using is probably a lot smaller, because you can really only count deaths that came from real positive flu tests.

The only thing you can really compare it to is the mortality rate - number of deaths out of an entire population.

That might not seem like a lot, but it is more. And it will continue to grow. Is it more than the flu? Yes. Worth the panic? That's debatable.

You also have to consider that there's no vaccine for covid-19, but there is for the flu. The flu has been around for years... Covid-19 is new, so this means that the human body just hasn't seen anything like Covid-19 to base any semblance of an immune response from. So, knowing that, we knew Covid-19 was going to kill more people than the flu. If Covid-19 winds up killing 70,000 to 90,000 people I'm not sure if that is all that unexpected.

chuckf said:
You also have to consider that there's no vaccine for covid-19, but there is for the flu. The flu has been around for years...
Click to expand...

Unfortunately, less than half of those over 65 get flu vaccine as recommended in USA and far fewer adults under 65. The CDC mixes a concoction of various strains they predict will be active each flu season. Last 10 years, the effectiveness has been less than 50% most years

So with less than 50% people vaccinated and effectiveness of vaccine less than 50%, flu would appear to not be serious at all if looking just at deaths. However, CDC also estimates burden of flu which includes days lost from work for people sick, etc. Vaccination seems to lessen the overall burden on society even with low effectiveness.

These page includes information about the estimated burden of influenza from past seasons, including tables of the estimated influenza disease burden (and 95% credible interval [Cr I]) by age group.