Question Gilead / Remdesivir / Veklury and CDC / NIH Covid-19 conflicts of interests - how important is this ?

2 of the CDC / NIH Covid-19 Panels 3 co-chairs have long term links to Gilead which are not declared.

Why is this important ? From the above CDC finacial disclosure it can clearly be seen that the Covid-19 co-chairs are on other important treatment panels working closely with many Gilead financially linked board advisors and researchers. While this may be understandable it shows how deeply Gilead and others have potential to influence within the CDC and NIH

Are safe, and possibily effective and cheap medicines being pushed to one side in favor of expensive solutions that have not been shown to be effective.

The CDCs relationship with big pharma is too close particularly at the level of reserchers and decision makers and the revolving door of jobs between the CDC and big pharma. CDC researchers and others own CDC funded patents

Further info at the end of this post about these conflicts

Dr Clifford Lane is one of the 3 key co-chairs of the CDC Covid-19 Guidance Panel.

National Institute of Allergy and Infectious Diseases Director Anthony Fauci and NIAID Deputy Director H. Clifford Lane since 1997 received royalties of $45,072.82 each for the development of interleukin-2, an AIDS treatment they invented with NIH physician Joseph Kovacs.

The paper sets out a review of payments made by Gilead to 98 leading French Drs correlated with how they did not support the use of Hydroxychloroquine in France - which is seen as an alternative to Remdesivir.

Note only 13 of these 98 French Drs did not declare a financial connection with Gilead.

A. the 13 Drs who received the biggest financial payments from Gilead were publically most strongly against the use of Hydroxychloroquine in France - high correlation

B. the 13 Drs who received no payments from Gilead most were strongly in favor of the use of Hydroxychloroquine in France - high correlation

Over many years Congress, the Inspector General of Health and Human Services, Whistleblowers and Journalists have reported huge failings in transparency and conflicts of interest at the CDC. Little seems to have changed over the years as confirmed by whistleblower disclosures etc.

One physician who voted to recommend the rotavirus vaccine on the FDA’s advisory committee received $255,000 per year in research funds from the maker of the vaccine, Wyeth Lederle. She received a waiver from the FDA to vote on the issue because her research for Wyeth focused on other vaccines.

One member of the CDC’s advisory committee who was not allowed to vote on the rotavirus vaccine because of a conflict was allowed to participate in closed-door working group meetings that drafted the committee’s recommendations for the vaccine. He was also allowed to make an impassioned plea for approval of the vaccine at the full committee meeting.

Another member of the CDC’s advisory committee held a lucrative patent on a rival rotavirus vaccine under development by Merck. Despite this conflict, the doctor voted three times on recommendations regarding Wyeth’s vaccine. It was not until the committee voted to rescind its recommendation of the rotashield that he recused himself because of a “perception of conflict.”

CDC Members Own More Than 50 Patents Connected to Vaccinations

CDC members own numerous patents associated with vaccinations and regularly receive funding for their research work from the very same pharmaceutical companies who manufacturer vaccinations which are ultimately sold to the public. This situation creates an obvious conflict of interest, as members of the ACIP committee benefit financially every time a new vaccination is released to the market. Government scientists have collected millions of dollars in royalties for experimental treatments without having to tell patients testing the treatments that the researchers’ had a financial connection, according to documents and interviews.
www.nbcnews.com
Last edited: Aug 23, 2020
A

Some researchers thus argue GS-441524 could have been sidelined for commercial reasons.

A recent open letter written to Gilead and the FDA asks why there has been no research encouraged on a potentially promising Covid-19 treatment, which had in animal testing a 96% cure for an otherwise fatal cat coronavirus FIP plus was shown to be effective against MERS and SARS. Some say research has been blocked as Gilead refused to allow the drug to be made as a treatment of cats despite it being a life saving cure.

The FDA response is set out in the link below. There is also other background info and published research on GS-441524, this research has been available for many years.

The FDA now says GS-441524 will be studied as a Covid-19 treatment as the letter and the existing research have merit.

Gilead was not clear on what they will do and has to date not co-operated with the Texas University researchers who have for months tried to move the public research forward and asked for all Gileads research to be made available to medical researchers.

Gilead Sciences, the drugmaker behind the experimental COVID-19 treatment remdesivir, spent more on lobbying Congress and the administration in the first quarter of 2020 than it ever has before, according to federal filings.

The pharmaceutical company spent $2.45 million on lobbying in the first three months of the year, a 32% increase over the $1.86 million it spent in the first quarter of 2019.

The first quarter is also when Congress drafted and passed the Coronavirus Aid, Relief and Economic Security Act, which contained numerous provisions affecting the pharmaceutical industry, including funding for the development of vaccines and treatments in response to the pandemic.

Early drafts of the legislation included a provision stipulating that COVID-19 vaccines, drugs and tests be affordable if they were developed with taxpayer funds. But the final bill included additional language that undercut that requirement.

The lobbying spike also coincided with Gilead's ramping up clinical testing of remdesivir, an antiviral drug that has become the most closely watched COVID-19 treatment under development.

the Food and Drug Administration authorized the emergency use of remdesivir for patients hospitalized with severe cases of COVID-19.

"The data shows that remdisivir has a clear-cut, significant, positive effect in diminishing the time to recovery'' from COVID-19, said Anthony Fauci, director of the National Institute for Allergy and Infectious Diseases, about a study his institute sponsored. He said the drug would become "the standard of care."

The same day, however, a study by Chinese researchers published in The Lancet found remdesivir didn't do better than a placebo when treating seriously ill COVID-19 patients on such measures as survival and time to clinical improvement. 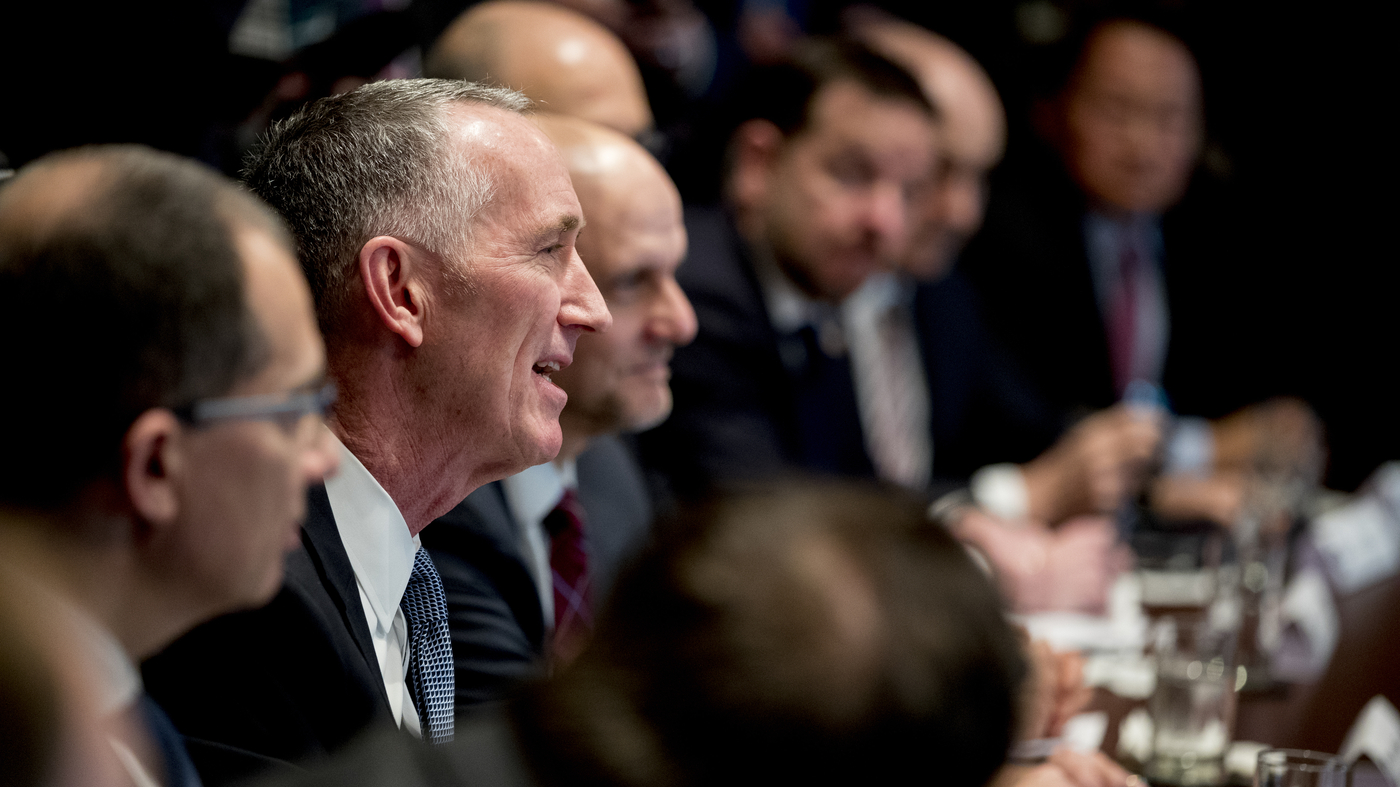 On Friday, the Food and Drug Administration authorized emergency use of remdesivir for patients with severe cases of COVID-19. Drugmaker Gilead Sciences' lobbying hit a new high in the first quarter.