With seasonal flu we make an informed decision about fever reducing meds against the benefits and relief they can bring. With Covid19 would fever reducing meds be correct, considering the fever is battling the virus? Isn't turning off this defence a grave mistake?

This is a current and emerging discussion among healthcare professionals.
Many recommend using products such as Tylenol rather than anti-inflammatory medications, such as Aleve.

My strong advice is to follow scientifically responsible news sites for information as it emerges on the topic, and ALWAYS follow the advice of your healthcare professionals, who are kept up to date on all treatments and protocols.
~LC


I am not a doctor but, yes, I think so. Most of my posts to this forum have been focused on this issue.

The French minister for health recommends not taking Ibuprofen since there have been serious cases among young patients who took it, but as you say, it could be that turning off this defense, fever, is a bad idea. 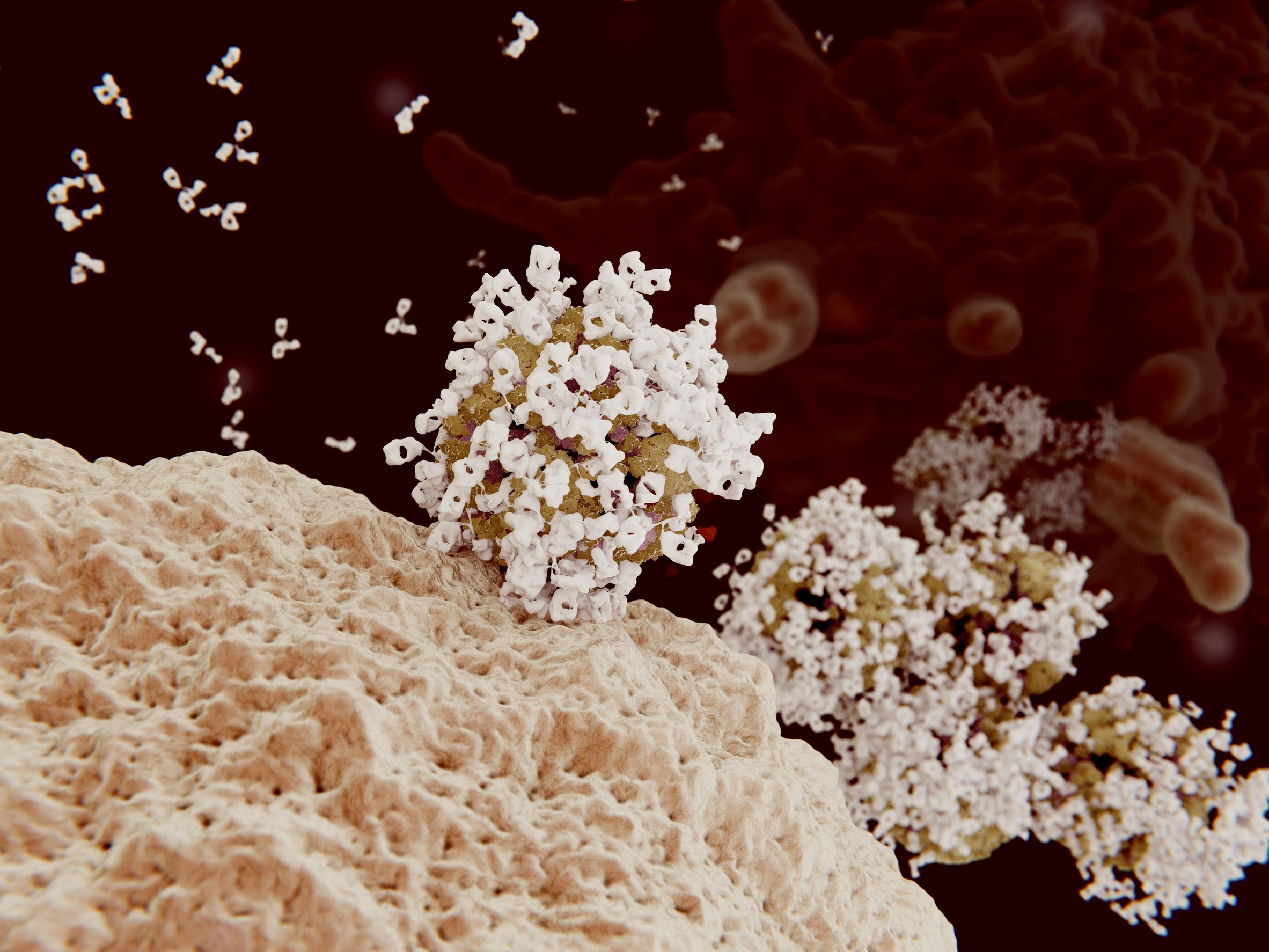 A Century After the Spanish Flu

Sussanna Czeranko, ND, BBE Nature Cure Clinical Pearls The very old and the very young showed themselves, on the whole, less susceptible. – Dr Bernard Fantus, 1918, p.635 None are so blind as those who cannot see that the average mortality of influenza patients treated by homeopathic...

I have summarized my google scholar searching regarding the effect of fever, self-warming, and climate here
https://flic.kr/p/2iFeqWM View: https://www.flickr.com/photos/nihonbunka/49670721313
O

Anti-inflammatory drugs tend to cause minor bleeding at times by themselves. COV-19 symptoms includes some cases of bleeding...so I say it might be wise to avoid potentially compounding the effects of any bleeding.

Also Chinese data says that 90% of deaths were caused by secondary disease -- a specific strain of pneumonia. I think they said Washington state info was similar. COV-19 is apparently acting somewhat like HIV, not killing people directly but lowering the strength of immune systems to where opportunistic diseases step in and cause the real problems.

In any case I haven't seen anything yet suggesting that COV-19 itself is killing via high temperatures. I haven't even seen much worry about temperature in common serious secondary disease/side effects. Again main issues seems to be respiratory issues actually caused by pneumonia. I leave it to readers to familarize themselves to all the symptoms and means to kill that disease has. I have personally had moderate cases of 3 lobe pneumonia several times before and can testify that sometimes its painful (I never hit the worst of that) but its often irritating struggle to breath that can leave you so exhausted that giving up suddenly seems like a restful almost pleasant way to go (just at the breaking point of pneumonia infection luckily for me).

Any any case "at risk"people may be able to greatly reduce their chances of death and serious complications from COV-19 by getting pneumonia vaccine now (lasts for something like a couple of years I think).
O


I am not a doctor but, yes, I think so. Most of my posts to this forum have been focused on this issue.

The French minister for health recommends not taking Ibuprofen since there have been serious cases among young patients who took it, but as you say, it could be that turning off this defense, fever, is a bad idea.

A Century After the Spanish Flu

Sussanna Czeranko, ND, BBE Nature Cure Clinical Pearls The very old and the very young showed themselves, on the whole, less susceptible. – Dr Bernard Fantus, 1918, p.635 None are so blind as those who cannot see that the average mortality of influenza patients treated by homeopathic...

I have summarized my google scholar searching regarding the effect of fever, self-warming, and climate here
https://flic.kr/p/2iFeqWM View: https://www.flickr.com/photos/nihonbunka/49670721313
Click to expand...

Pretty sure that the human body is NOT a good autoclave. While virus do have preferred temperature for reproduction and temperature limits for survival, its my understanding that temerpatures acceptable to human viruses are seldom only the 15 degree Fahrenheit range (91-106) over which most humans can easily survive without assistance or damage.

Many if not most human virus can live for hours on surfaces outside the human body at far higher temperatures than the human body can sustain without damage or death. Thus tending to confirm that fever is NOT the direct mechanism for cure.

Fevers are the result of metabolism and reflect both virus and immune system activity. So there may be some correspondence of fever and self-cure (if you survive)...but fever is only a symptom of the real cure that is the immune system in high gear (possibly with assisatance from medicines).

You not only need statistical data for a theory but you need sensible physical model of the physical process (biochemistry, mechanics etc as applies to the situation.) The immune system fills that role fairly completely and fever is just a statistic on side effects.
O

While there is no safe and effective COV-19 vaccine, you can vaccinate against the main serious/fatal complication.


That is COV-19 is acting mostly like HIV and does not often kill directly. Its main action instead is to weaken the immune system in specific ways that allow other opportunistic disease in full blast.

I beg to disagree with your assertion that

I feel that this "need" is perhaps defining of modern medicine, or what is lacking in "traditional" (quack?) medicine. But upon considerable reflection, as far as I am concerned, if a treatment works I do not, or at least I feel I should not, care if it has or has not a model for how it works. When I think carefully, I really do not care at all, so it strikes me as kind of strange that this "need" be felt to be so widespread, even in myself.

[For example, I imagined people with their feet in hot water and ice packs on their head, and thought "*how* could that work!?" and because I did not have an answer to the how question, I rejected the suggestion, putting it out of my mind completely. It was only when I thought of a preliminary answer to the how question that I allowed myself to consider the evidence for effectiveness. Wherefore this need to explain? Can we ditch it? Would it be unwise to take the attitude that, *if* it works, then it works? ]

I can now think of ways in which fever, thermotherapy, and localized cooling might be helpful in combating disease. I am not connected with medicine so I am not sure it helps to mention such models, but I will.

HOW?
0) First of all the WHO claim that baths do not have (significant) affect upon body temperature due to the homeostatic regulation of body temperature. Typical fevers are in the range you mention, and research shows that hot baths have only a very small effect (E.g. 0.5 - 0.7 Celsius).

1) As you point out, and is pointed out by the WHO (the seem to use the same reasoning as you) the human body can not reach the 'autoclave' temperatures required to kill human viruses. Hot baths, and fevers increase body temperatures by a relatively small amount. However as pointed out by more than one of the papers that I link from my photo above, it is argued to be the case that there is a far narrower window of at least climatic temperatures are required for the virus to human infect cells. If the virus cannot infect, then it can not replicate. There are presumably ways in which there is an attrition in the number of pathogens ingested (?) over time. So heat would only need to reduce infectivity and not result in viral death to produce an ameliorative effect (if not a "cure").

2) Localized cooling especially of the head is something that old men in Japanese baths use to help them to stay in hot baths for longer. It is clear to me that hot baths and fever can be dangerous, and are also subjectively unpleasant. If cooling the head helps overcome the latter unpleasantness AND if there is a mechanism by which heat reduces viral infection (1) then localized cooling, e.g. by keeping patients in beds or foot baths outside, and palliative measures of this kind, may at least increase the time before the patients and their care givers reach for the anti-pyretic medicine (aspirin in 1918, ibuprofen until recently, and paracetamol as recommended even now).

But as I say above, I am not connected with medicine, and would rather forget the hows and models.

Reading about thermotherapy and how fever effects outcomes on google scholar, I find myself persuaded that even if the how explanation, the model above is incorrect, there is evidence, or at least conjecture on the part of medics, that higher body temperatures do sometimes result in more positive outcomes.

This (old) paper on Fever, divides medicine into the empirical (where it was only important an effect was found) era and scientific era (where models became important)

The History of Fever Therapy in the Treatment of Disease

This paper argues against the notion that fever is an epiphenomenon

Fever is a very common complaint in children and is the single most common non-trauma-related reason for a visit to the emergency department. Parents are concerned about fever and it’s potential complications. The biological value of fever (i.e., ...

Bats are sources of high viral diversity and high-profile zoonotic viruses worldwide. Although apparently not pathogenic in their reservoir hosts, some viruses from bats severely affect other mammals, including humans. Examples include severe acute respiratory ...