The instrument on the International Space Station is uniquely positioned to provide wildfire responders with a high-resolution look at fire progression.

NASA’s ECOsystem Spaceborne Thermal Radiometer Experiment on Space Station (ECOSTRESS) is aiding in the fight against fires in the Western U.S.

As of July 28, 2021, the size of the Bootleg Fire in southern Oregon was more than 410,000 acres (more than 640 square miles), making it the largest wildfire currently burning in the U.S. So far, some 400 buildings and more than 340 vehicles have been destroyed. Wildfire responders have managed to contain about 53% of the fire, and new data from ECOSTRESS is helping.

ECOSTRESS measures surface temperature from the vantage point of the International Space Station, and its ability to observe fires of the Northwest US often twice per day at a high spatial resolution (around 70 meters) makes it ideal for tracking fires. Researchers on the RADR-Fire team at Pacific Northwest National Laboratory have been experimenting with ECOSTRESS data as part of a new tool now being implemented for first responders like the U.S. Forest Service.

In the above visualization, ECOSTRESS is tracking the movement of the Bootleg Fire and identifying its proximity to critical infrastructure -- areas in red represent the hottest pixels ECOSTRESS detected. The extreme heat in those areas indicates the fire front, or where resources are most needed.

A bear cub observes the devastation wrought by The Bootleg Fire in OR. Bootleg Fire Incident Command via InciWeb

The capabilities of ECOSTRESS are unique. Satellites that acquire data more frequently don’t have high-enough resolution to track the fine line of the fire front, and satellites with higher resolution than ECOSTRESS cross over the same area much less frequently (every 5 to 16 days).

ECOSTRESS also captured data over Northern California’s Dixie Fire, which has doubled in size to more than 220,000 acres over the last few days. In the Dixie Fire data visualization above, the red areas show the hottest pixels – and fire movement – from July 15 to July 24. The most heavily affected areas are south of Lake Almanor in Plumas County. As of July 27, the Dixie Fire was 23% contained.

More than 7,000 personnel are involved in the wildfire response to the two fires. Although they have many tools in their arsenal, the use of spaceborne data like that provided by ECOSTRESS is still relatively new – and also serves as a good example of the versatility and real-world impact satellite data can provide.

More information about ECOSTRESS can be found at:

I fought my share of wildfires in upstate NY.

Instruments like ECOSTRESS, used from the vantage point of space, are becoming ever more prevalent and critical in detecting, marshaling scarce firefighting resources and later attacking wildfires deep in America's forests before they become catastrophic in nature. Space is becoming the next frontier in wildfire firefighting.
Hartmann352
Last edited: Aug 1, 2021
Reactions: Lariliss

Satellite surveillance is vital for the fires issue.

It is estimated that this year fire's impact will surpass 2020. Since 2010 fires activity show noticeable rise when compared to the previous 10 years period.

Unfortunately, each year we have records broken by wildfires all over the World. This year today it is Siberia with smoke reaching the North Pole "for the first time in recorded history" (NASA), unusually smoky fire season in Sakha (Yakutia, in eastern Russia), Dixie devastating wildfire, smokes over US and Canada, Turkey, Greece.

And I believe, it is not solely global warming as the human impact. 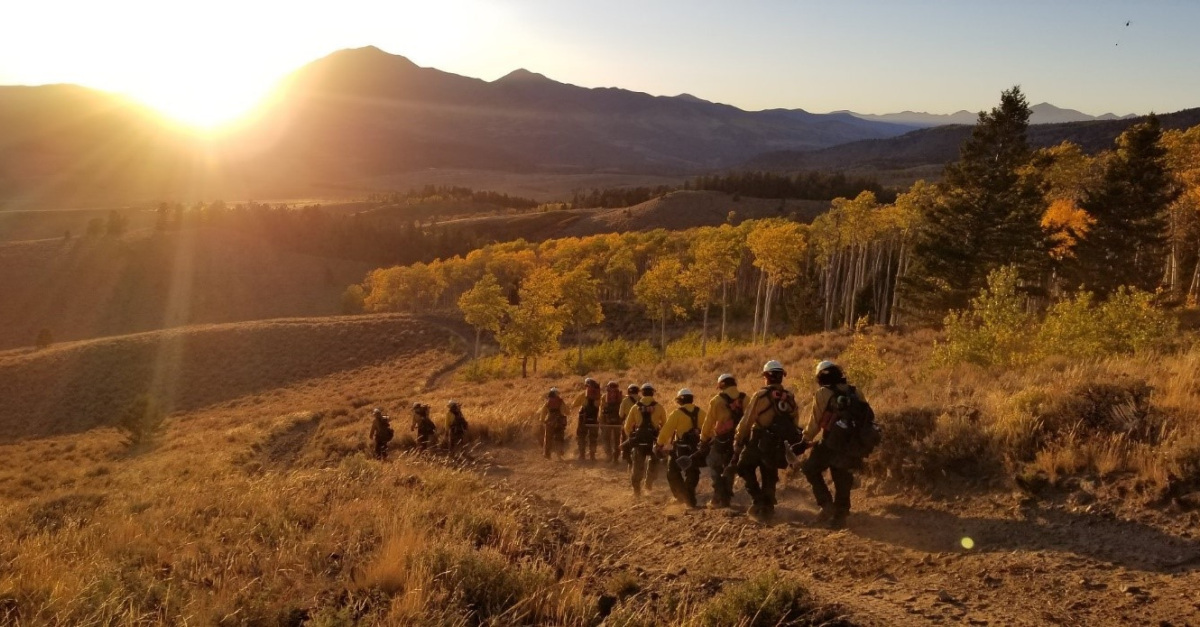 Nationally, almost 9 out of 10 wildfires are caused by humans. These preventable wildfires threaten lives, property and our precious natural resources.