Debunking the "Gorilla on Mars" Image

Hi there, I had found a cool image of a rock that looks like a gorilla, taken on Mars. Anyway, I wanted to investigate for myself, so I looked through thousands of images and finally found the original, as well as several additional images of the same thing from different angles. Anyway, my findings show it hadn't been moving at all. And, I finally found what seems to be an image of the other side of it, which shows it's clearly a rock (uncarved at least on one side). The image is still pretty cool, and it was fun, so I'm sharing the experience.

So here is the source of of these particular images (mostly from spirit rover navigation camera, set 87, and some from the rear camera). 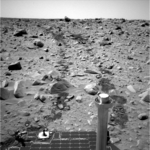 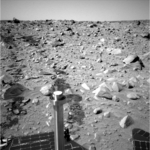 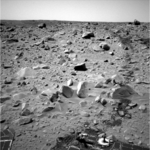 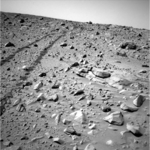 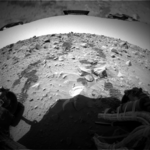 So I looked through the sets of images according to time, and tried to keep track of the movement and orientation of the rover so that I could try to identify closer up images. And I found this image to be most likely showing the rock from behind and close up.

Then I tried comparing the shape, by outlining the rock from one side, and then superimposing it on this image, and the results seem compelling. 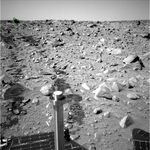 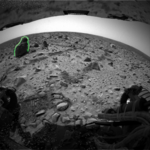 Oh, one more thing. Maybe we can debunk this as being some kind of statue? Anyway, just some fun. 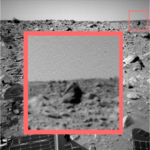