Astronomers detect millions of signals from an intelligent civilization: Us

Astronomers detect millions of signals from an intelligent civilization: Us : Read more
S

I don't understand the possible benefits of looking for "Space Aliens" that most likely would be hundreds/thousands of light years distant. E.G.: Even with a simple "hello" message both the sender and receiver would be long dead due to tranmission time. Aside from scientific methodologies, perhaps looking for E.T. is not cost justified? Wouldn't an effort to better understand the evolution of H. Sapiens on Earth in the physical, environmental, cultural and psychological matrix that we live in be more efficacious to our species well being?
H

While an alien Aricebo equivalent might detect our Aricebo's one shot in the dark signal, it would be far more useful to know how far away their SETI could detect our strongest continuously broadcast signals which, I believe are clear channel AM radio stations.

Broadcast signals might make sense for a planet but not for a solar system, much less a galactic empire. They just waste too much power versus directed signals.

The chances of detecting passive signals are slim. The best way to get someone's attention, if your sure you want to do it.......is to transmit a one frequency signal that is offset from the natural spectrum of starlight. And blinking or intermittent. Check all spectrum archives for a small offset light signal. Check all X-ray spectrum archives as well.

Even though communication is probable, knowing that intelligent life is out there will change this world and science very quickly.
H

I think the chances of a "we are here" narrow cast signal being directed in Earth's vicinity are close to nonexistent because space is big. The LGM signal turned out to be a pulsar (a type of object unknown at the time) and the WOW signal, while still not definitely explained, does not appeal to contain information. Other than those we've found nothing.

OTOH, we, and possibly alien worlds, broadcast a whole spectrum of radio emissions. I presume that if we built an Aricebo equivalent on, say, Ceres, it would be able to detect some of these.

My question is, if there was an Aricebo equivalent in, say, the Proxima Centauri system, would it be able to detect them? If so, how much further out could a stellar system be and still have a chance of detecting them.

Did you know Cosmic Radio Signals can be polarized at 91mhz (fm radio);

These are known cosmic radio sources from outer space,25mhz natural

unknown source, 440 mhz, 1440 mhz and many others from Annual Review

Facts : A lot of the static snow that you recieve is your non cable

radio pulses where excited; You can polarize these signals with CB radio

oscillations and fluctuations of the cosmic radio signal that has

scientist playon around with 195s electronic equipment radio and TV made

some odd findings, like the ATT symbol ( world with stripes ) the CBS electron

effects...the odds are in our favor.we are receiving artificially generated radio

generated...remember the old national weather radio station was at 162 mhz

There is an initial question to ask related to the possibility of SETI finding alien life that is not asked - how many alien beings have technology we cannot detect because its superior or inferior to ours.

It seems likely that life developed at different times

It seems likely our technology would be primative to any space travelling beings.

This would seem to rule out a big chunk of possible SETI contacts as being either too advanced to find or too primative or not on our wave lengths and so being undetectable.

I guess the other underlying question is who are you looking for and why ?

Also do aliens already know we are here and are they hiding from us ?

The article is interesting it starts

We know - we're proof of it - that intelligent civilizations (yes, civilizations) are possible. Finding signs of other civilizations in the Milky Way galaxy is not such a simple matter, but we do have tools at our disposal. Based on our own technological capabilities, we can extrapolate what signals alien technology might emit, and search for those.

These signs are called technosignatures, and our efforts in the search for extraterrestrial intelligence (SETI) revolve around them, particularly in radio wavelengths."

We consider ourselves advanced but we could be very primative.

We leave some "primative" humans on earth issolated on their islands or in the jungle because of the damage we could do and have done to others from our contact and consider ourselves advanced for doing so.

Could other beings be doing the same to us ?

Many of us are unwilling to talk to other humans we consider strange.

Alternatively our governments could be hiding their existing knowledge of alien life and technology from us, and SETI could just be a smoke screen to "show" nothing has been found

Such a strategy would be no great surprise if it were true. Governments hide much lesser secrets and continue to do so.

So what evidence exists to say aliens are more advanced and are hiding from us making SETIs role questionable?

The universe is about14 billion years old.

Some advanced life probaly exists that may be a billion years old.

Imagine what knowldge could have been gained over say just 1 billion years of existence -
meaning that such Beings could be able to travel and communicate at speeds or ways we can only vaguely if at all comprehend.

Perhaps they could split their consciousness in some way so as to watch their own arrival at a destination and so deliberately avoid contacting us.

In any event why would someone who could fold time and space to arrive instantly, or travel at warp speed, talk to most or any of us? We would be like children or less than children

Quantum entanglement highlights how space and time may make no difference to communication and may even indicate the possibility of foreknowledge of an event.

Quantum entanglement shows it is possible that information can travel faster than the speed of light. However we are not yet clever enough to work out how to get there and use it

No, We Still Can't Use Quantum Entanglement To Communicate Faster Than Light

It's a pipe dream that violates the laws of physics, and not even quantum mechanics can give us a way out.

There is also some evidence of a higher consciousness - for example random number generators can be used to indentify and predict that an unknown major event is about to happen. This indicates something is either malfuntioning in multiple unconnected locations or some foreknowledge exists.

It has also been shown that after a major event has happened, the event continues to effect the random number generator and it continues for an extended time to "malfunction"

So SETI may be looking for a needle in a field of haystacks that have needles it cannot see.

Travel and communication could be instant for some life forms and time and space as we understand it may not exist. So distance may be meaningless for such beings making SETI research very limited to only our alien peers who have developed similar technologies

200 years ago people did not dream of jet travel, nuclear power or that exploring space was possible, let alone being able to communicate instantly over 1000s of miles or doing so meaningfully with other life forms here on earth.

We still cannot talk to the animals, whales birds or plants on earth so why would advanced life that can reach earth in a few days, months or years or even instantly talk to us or reply to SETI signals ?

See the article below


hevf1011 said:
I wrote an essay several years ago titled “SETI’s Mission Impossible.” I argue that the complexity of any extraterrestrial life form that could evolve to the point that it could produce radio signals which could be detected by radio telescopes on Earth is virtually impossible. Using human beings as a proxy, I challenged the famous Drake Equation used to estimate the likelihood of civilizations on other planets with capabilities similar to ours – that is to the point where they could send out radio waves. As opposed to the Drake Equation’s seven variables, I identified 57, but used only 40, which are assumed to be sequential and thereby calculated as a factorial. The end result for succession of 40 conditions in order for life like ours to exist on another planet would be 40!, which is 8.16^47. That is to say, the chances of another alien civilization like ours is a little under one in 8.16 trillion, trillion, trillion, trillion. So, clearly, the Search for Extraterrestrial Intelligence is all but impossible.

These comments reveal a wealth of diverse knowledge and insights that folks have. It is very informative to read them. Sadly, it seems to me that the laws of economics, physics, biology and chemistry as we currently understand them predestine H. Sapiens to be the only form of "compatible intelligent life" within a radius of 46bly of Earth. However, the searching and space programs do yield benefits direct applicable to our current existence which is a sufficient reason to prudently and economically continue.
A

Here is another interesting perspective on alien life 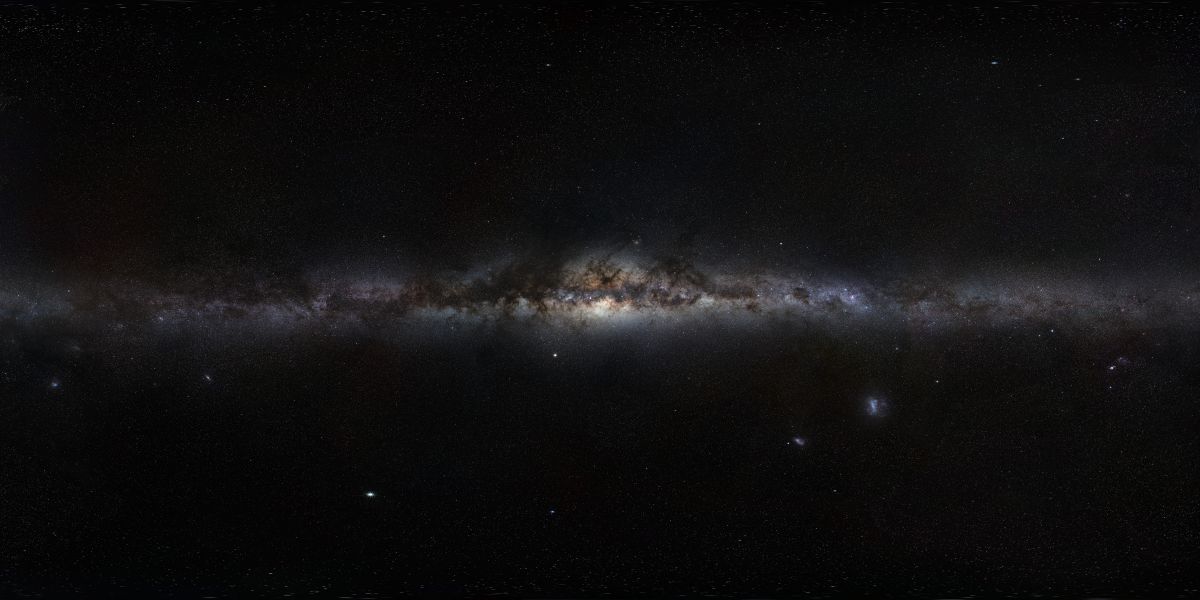 The Milky Way is probably full of dead civilizations

If there are other intelligent civilizations in the Milky Way, they are probably much closer than we are to the galactic center, and fairly young.

Also an article on possible space travel via superhighways. 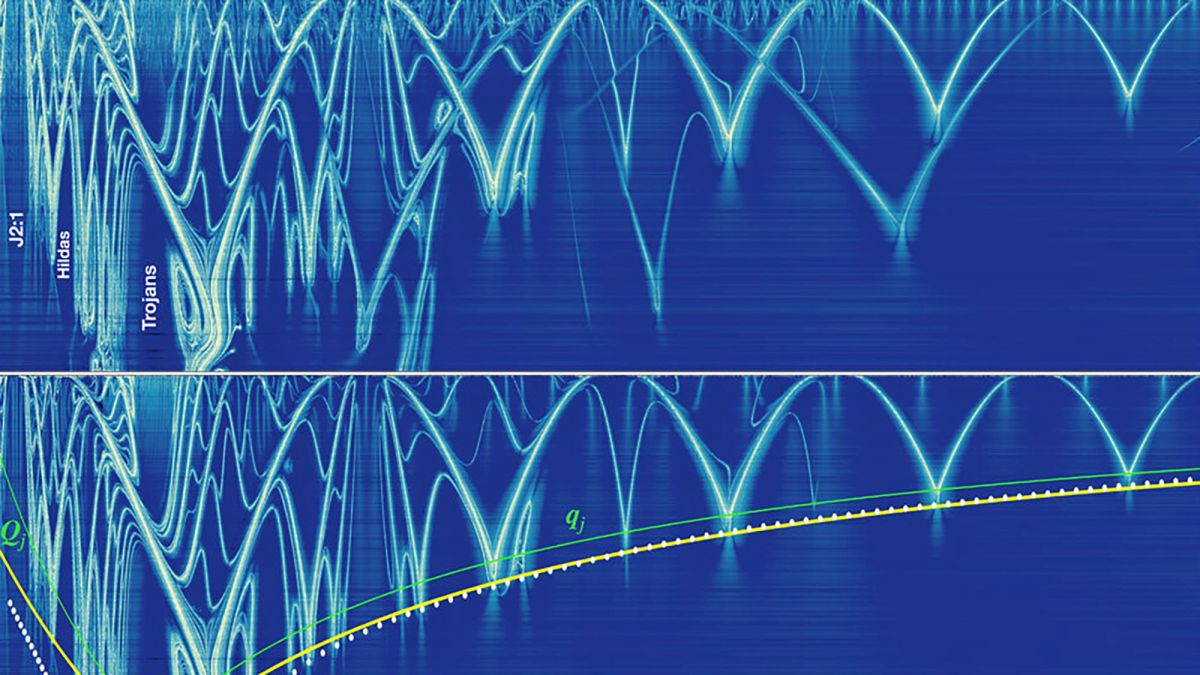 Scientists have mapped the "arches of chaos:" a vast network of arching structures filling the solar system that could one day aid space travel.